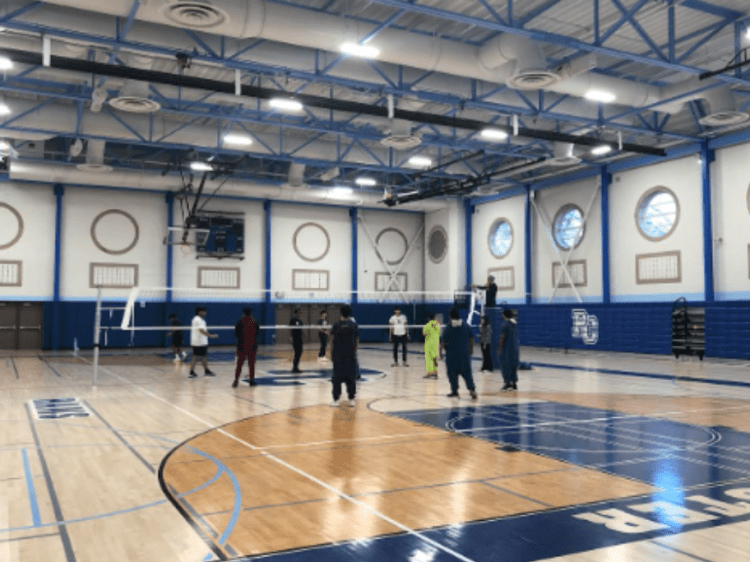 On November 10, the Junior Student Council (Ava Osorio, Nataly Garcia, Samantha Munoz, and Matthew Palma) held a volleyball tournament as a fundraising event, while also bringing everyone together for a fun time. Dozens of students showed up to cheer on their friends and participate in the tournament. Nine total teams of six each took part in the tournament for $20 a team and registered into the tournament for a chance for each player to win a $25 gift card. Concessions (i.e. drink pouches, candies, chips, and pizza) were also being sold during the tournament  by some volunteers including Daniela Lucas, Kayley Martinez, Alexandra Cruz, and Mrs. Garcia (Nataly’s mother), while Nataly and her father were scoring the matches.

After a week and a half of preparing for the tournament, the day finally came for the tournament. It was surprisingly successful, considering the short amount of time the council had prepared for it. The junior class raised over $500 over the course of the event, with most of that money coming from the sale of concessions. The tournament places the council closer to their goal of $5,000. Currently they are almost at $2,200. Within the first few months of this school year alone, they had been able to make over $800, which is about the same amount as all of last year. In addition to raising money for the council, the participating students also had a chance to win a cash prize.

The fundraising tournament also served as a way to bring students together for a fun time before Veteran’s Day Weekend. Students were in the bleachers cheering on their friends, having a fun time socializing. Class of 2024 Vice President Ava Osorio said, “It was a great way to bring the people together to have fun, and motivate the students to help our cause and participate in our events. Like we always say, it’s about helping make sure the students don’t have to empty their pockets for next year’s events, such as senior prom and perhaps a homecoming dance.”

After the tournament, participant Emily Garcia, whose team, “Doug,” made it to the semifinals, said, “ It was so much fun, and I would definitely do something like it again, because I was not only playing my favorite sport, but I was playing alongside some of my greatest pals, and we made some amazing memories.”

After around three hours of volleyball matches, there was only one ultimate victor. It was “P-Block” who defeated “Los Cuencanitos” in the finals, 28-26, in a round that was only meant to be up to 20 points. After a moment of congratulating the winners Matthew Palma, president of the class, presented them with $25 Visa gift cards.

This was the first of three tournaments the Junior Student Council plans to host, and the group hopes that the next will be just as successful.