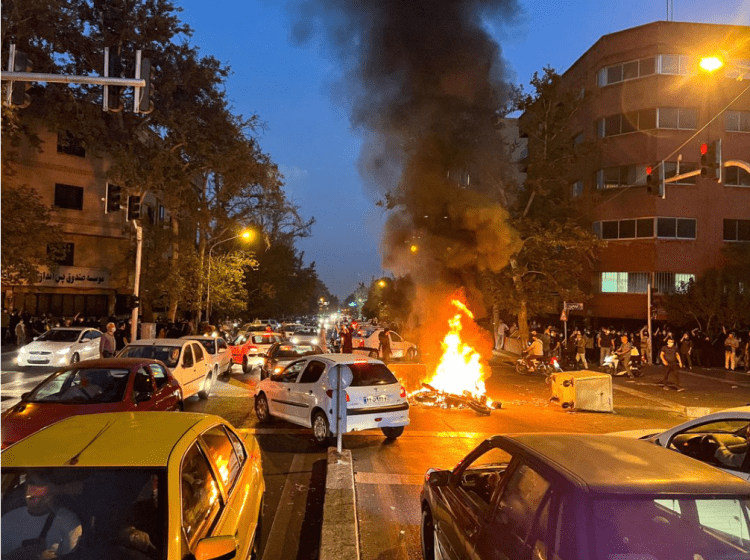 It has been more than a month since the world was made aware of the women’s rights protest following the murder of Masha Amini in Iran. This movement has become international, as women in places like the United States and Europe have begun coming together and helping support women in Iran fighting for their political freedom. With the whole world supporting this, did women in Iran finally get their freedom? Did Masha Amini get the justice she deserves?

Since the previous Port Light article on this issue titled, “Women’s Rights Protests Follow Murder Of Masha Amini”, there have been many arrests, beatings, and killings of at least 40 people from the protests in Iran. Women have been cutting their hair and burning their hijabs in public to stand up for Amini. According to CNN, at least 326 people have been killed in the protests in the past two months. The death toll has increased, protestors becoming victims as well. Iran has charged at least 1000 people in Tehran province for participating in the protests, sentencing them to prison, and in some cases, death.

These protests are the people’s way of fighting for the protection of their human rights and fundamental freedom. It is important to remember that all of these protests happening in Iran are peaceful protests. There has been absolutely no violence coming from the protesters. And yet, protesters have been beaten and killed on the government’s orders by the police force. The United Nations has stated that they are trying to make the Iranian authorities stop using the death penalty as a tool to stop the protests and release all the protestors who have been taken to jail.

Iranian officials have not only arrested and killed many adults, but also children. Approximately, 50 kids have been killed and all were under the age of 18 according to CNN. All these children just want their voices to be heard for change and the sake of their future. Iran’s government believes that if they threaten and put death tolls on the protestors, it will frighten all of them and make them stop. However, these death penalties for protesting against the government carry many negative components in addition to the deaths. Despite the threats of death, the protests have continued, and the number of protesters in Iran and around the world continues to rise. There is also a danger that with the law enforcement in Iran being violent, it may also cause an uprising with all the protesters to start being violent as well.

What is important to note in this situation is that the Iranian government does not seem to have the support of the people, and the people of Iran are letting the government know just that. Recently, the Iranian men’s soccer team refused to sing the national anthem at their first World Cup match as a form of support for the protests against the government’s actions. As reported by Golshan, a women’s right activist, to the New York Times, “We don’t have one leader. The beauty and strength of our movement is that every single one of us here is a leader.”