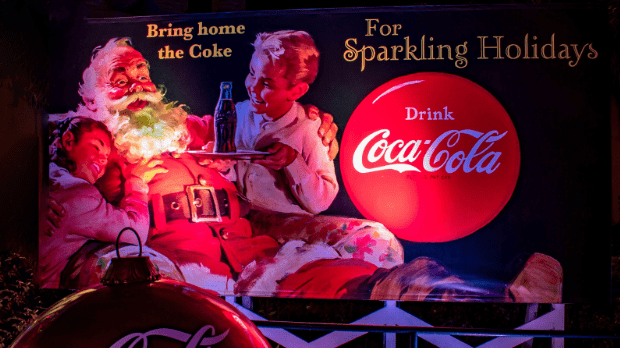 Now that Christmas is just around the corner, Christmas can be seen everywhere be it on billboards, television ads, store decorations, or Social Media. This is no coincidence; this is a byproduct of commercialization. Commercialization is the process of bringing new products or services to a market.

The big question here is when did Christmas become more commercialized when initially it was a holiday that brought family and friends together?  This transition began in the New England region of the United States. In the 1840s at the height of the Industrial Revolution, the traditions of Christmas began to be tied to children. This was done on purpose to increase the want for products made in factories of the Northeast of the U.S. Before the 1840’s, Christmas was not a big holiday in the United States, and was even banned in Puritan Colonies in the 1600s. With increased immigration of Catholic German Immigrants during this era, Christmas was reintroduced as a holiday in the United States.

The issue with this commercialization is that it promotes materialism and exploitation. Materialism in this sense means the tendency to consider material possessions as a way to increase wealth and value in society.  The biggest materialistic holiday in the United States is Christmas through the process of gift giving. Christmas is the biggest holiday in the United States with 93% of people celebrating. According to CNBC, the average American is expected to spend $1,455 on Christmas for this upcoming holiday, and this number seems to just be growing each year. In 2021 the gross domestic product of expenditures on Christmas was $889 Billion, and in 2022 it is expected to reach $903 Billion reaching record levels.

Companies’ main goal at Christmas is to turn up a profit. To do this they exploit workers by giving them little pay for long work hours. An example of this would be Amazon, the largest online retailer in the world. They get their devices from the Huanan Providence, where the workers are paid $2.11 per hour.

This commercialization not only impacts people, but our environment as well. To produce all these items creates greenhouse gas emissions which further contribute to climate change.

The only way to stop the commercialization of Christmas is with yourself. Instead of focusing the holiday on what gifts to get your loved ones, instead focus on making important memories with them, and overall try shifting the way you think about Christmas.