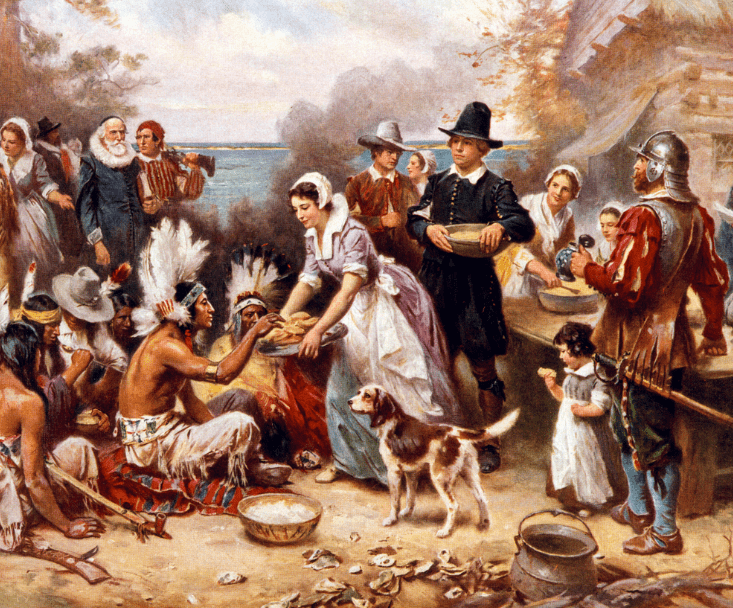 In elementary school, students are taught that Thanksgiving is the day the Native Americans and the Pilgrims ate a big feast together. This is not exactly correct. In reality, it was a week-long process that started when the Wampanoag Tribe came to the Plymouth colonists where they talked, played games, and created a treaty between themselves that would last until 1675, ending because of King Philip’s War. At least, this is what historians theorize. A factor to keep in mind though is that this isn’t why we celebrate Thanksgiving as a holiday. Actually, among colonists, Thanksgiving wasn’t on a defined day and instead would be a day thanking God for blessings at the end of a drought or for a military victory. The colonists were not celebrating Thanksgiving for peace with the Natives in the area.

Originally, Thanksgiving was only a New England holiday, and in 1798 the U.S congress decided to leave it up to the states on whether they would like it to become a holiday or not. It was a controversial topic for the time since Thanksgiving was viewed as a religious holiday and there was the stringent belief that there should be a separation of church and state in America. The two different sides consisted of the South, who were against Thanksgiving, and the North who were for it.

Thanksgiving did not become a beloved holiday until the mid-19th century. The change in views on the holiday started with a popular magazine called Godey’s Lady Book, which was a strong supporter of the holiday. They believed Americans should celebrate Thanksgiving as a sense of unity between the states during the heat of the Civil War. The magazine would eventually win over Abraham Lincoln, who on October 3, 1863, proclaimed that the national holiday of Thanksgiving would be celebrated on November 26. Years later, the date would be changed by President Franklin D. Roosevelt making the holiday the fourth Thursday of every November in order to extend the Christmas shopping season.