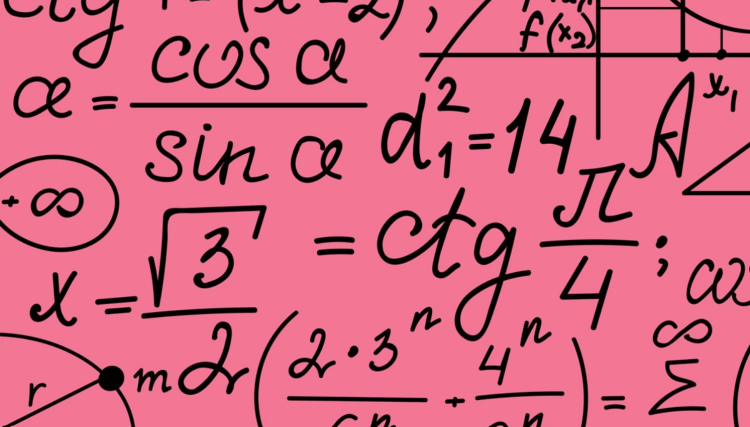 Mr. Gomez has been at Port Chester High School since 2008, playing a role in both Mathematics and Computer Science at the school.

He has acted as department chair for the Math department for about eight years, participated in advisory councils, done One World programming after school, supported Mu Alpha Theta, has led clubs such as pickleball club and badminton club, as well as helped get the computer science program started at the high school along with Ms. Jadav.

Through his lively personality and encouraging nature, he has helped make the arduous subject of mathematics more understanding to struggling students. This interview has been edited for clarity and brevity.

What made you want to teach math?

I was in a band when I was in high school, so my original career trajectory, I thought, was going to be music. I played bass, I thought I was going to be a rockstar. During my first year of college, it was hard for me to balance going to school for music and also performing, so I ended up saying to myself, in a reflective kind of moment, like am I really going to do this? Because if I am, this is a lot of traveling, so I’m going to have to constantly be going to this place, to that place. So when I put everything together, I was like, I don’t think this lifestyle is gonna be for me, so what am I going to do long-term?

I’d always been, in high school, very involved in mathematics, like math teams and math honor societies, that kind of stuff. I was a good student, so I said you know what? I think I want to do something in math, not necessarily teaching at the moment but definitely in math. So, I switched colleges, I ended up at CUNY Queens College; it was a commuter school for me, so I could work, go to school, and pay for it myself. I majored in math, and as it got closer to the end of the program, you had to pick a specialty like do you want to do pure math? Do you want to do this math? And I was like, let me try out in education classes, and I thought it was really interesting learning about the adolescent brain, how students learn. I said, “I think I found something I could do, but also in a way that could help people.” So that’s, in my cheesy way, how I got into math teaching.

Why are you teaching at Port Chester?

I was born and raised in Queens, so everything I knew was just city life. I had no idea what Westchester was. So 2008, I had gotten a job at Bayside High School in Queens where I did my student teaching. It was a good fit for me so I was like, “sweet, got my first job.”

I went to AP Stats training in August and soon after, I got a phone call. There were cuts and budget issues in NYC, and the school needed to take in other teachers, so they had no job for me. I applied basically anywhere, “you need a math teacher? I’m your guy,” and two schools called me: PCHS and Bronx High School of Science, a specialized school. When I was in middle school, I wanted to go to a specialized school and Bronx was on my list but it was too far, so it was cool to interview there. I got hired, I was going to be at Bronx Science.

That same day, PCHS called me – Ms. Gooden actually – for an interview, and I hadn’t said yes to Bronx yet, so I came and first of all, I was blown away by the architecture of this building. I love the layout of the town and how it’s just houses and then all of a sudden, there’s a school. It’s so different from the city. At the time, it (the principal) was Dr. Combs, and he was a great person to interview with. I had such a warm feeling about the school and the students, and it really gave me food for thought. Everything was vibing, so I thought about it and made Port Chester my home. It just felt right.

Why do you want to work with this age group (high school)?

I just happen to think that with high school kids, there’s a different rapport there. I want to say 5 or 6 years ago, a student said something to me that really made me revamp how to think about high school kids. He said, “Mr. Gomez, sometimes I think teachers forget that we’re teenagers and some of us talked to a girl for the first time ever two weeks ago and we have no idea what we’re doing and then you want us to study for a test.” That really sort of hit me. That’s why I’m more aware now of okay here’s a job that I have to do, I’m going to make sure that I do the best I can. But I’m also checking in like is everything cool with you?

What do you recommend people do if they’re interested in a career in math when they grow older?

There are many things that you can do with math, it just depends on how savvy you are with mathematics because it can get complicated very quickly. Once you start taking advanced courses like calculus or statistics, that really gives you an idea of how difficult things can get. If you want to be a pure mathematician, that means that you’re going to take analytics courses and stuff way beyond what I’ve ever taken. And that means you want to do research, you want to be a professor, you want to do actuary work so you have to gauge what exactly about math you like. If you’re just good at it, then I don’t necessarily think it means that you’re going to be a mathematician. It’s good if you’re good at it, but it’s more than that.

If you’re interested to be a math teacher, for sure, your heart has to be into working with students because now that I’m 15 years in, I want to say that like 70% of what I do is more just trying to connect with students and help them achieve goals versus teaching math. Math is something that I obviously make sure I do, but it’s more just dealing with students in a positive way and addressing things that come up because a lot of that is what happens.

Is there anything else you want to say to the students?

To the students, I’m going to encourage them to get involved in as many things as possible. There’s a lot of opportunities at PCHS, so my advice to students would be, anything that interests you or anything that’s available, at least give it a shot. You know, something as silly as “oh badminton club, like why would I ever want to do that?” It’s actually a very cool social hour and a really cool place to be so don’t deny yourself of those by simply not wanting to try. Go give everything a try.