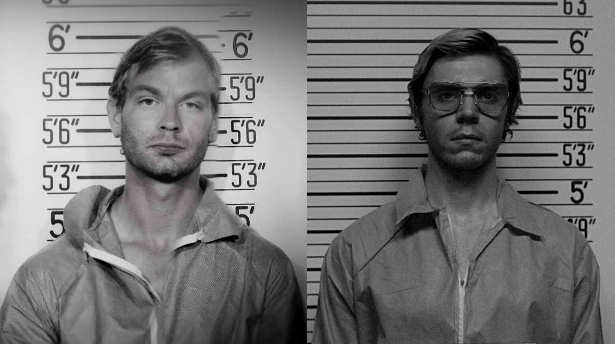 Known as “The Milwaukee Cannibal,” Jeffrey Dahmer brought horror and sickening despair to the citizens of Milwaukee, Wisconsin over a period of many years. His actions have shaken the ground with his story, specifically the families of those he killed who were mostly colored people. Recently, he’s been gaining a lot of attention due to the release of Netflix’s new series, Dahmer: The Jeffrey Dahmer Story, a series that has garnered a lot of controversy. The series brings Dahmer’s brutal crimes to life and highlights his murders. For more than a decade, he was able to get away with his crimes due to the racism and homophobia of the time. In the series, there are mentions of most of his victims’ families and how they had to deal with this devastating news on their shoulders, and portrayed their rage and rallies for justice.

As this new release on Netflix came out, it quickly became a controversial topic, with many wondering if it should even be a series. With what the victims’ families went through at the time, having this series out may bring back some memories that they don’t want to be reminded of, stirring up some feelings that have been locked away.

Even with Dahmer gone, he is becoming more and more popular. There’s a big amount of people obsessing over this menacing serial killer. Why? Does eating his victims make him that cool? Imagine seeing and being tagged in posts of kids all over social media dressed up as Dahmer. The person who killed your family member/friend. These poor families have to relive their trauma because people think it’s a funny joke. News10 stated, “Because the information in Dahmer’s case is public record, Netflix was not required to consult with the victim’s families. But Hughes and other relatives of the victims have called out the company for profiting off their trauma.” Netflix should have gotten permission from many of the victims’ families because it was a dreadful time in their lives. Netflix had even found actors who looked very similar to Dahmer and the victims during this time. It’s disappointing to the fact that these families have to beg everyone to not dress up as Dahmer for Halloween. Imagine having to hear the name of the person who murdered your child/sibling/friend in stores, on tv, or even on the radio how would that make you feel?

According to the Times, “Reviews aside, it quickly became popular: according to Netflix’s Weekly Top 10 report, Monster: The Jeffrey Dahmer Story topped the English TV List for two weeks straight with just shy of 300 million hours viewed.”

Despite the horrible murders he committed, or maybe because of their atrocity, there is clearly an incredible hunger for Dahmer’s story.