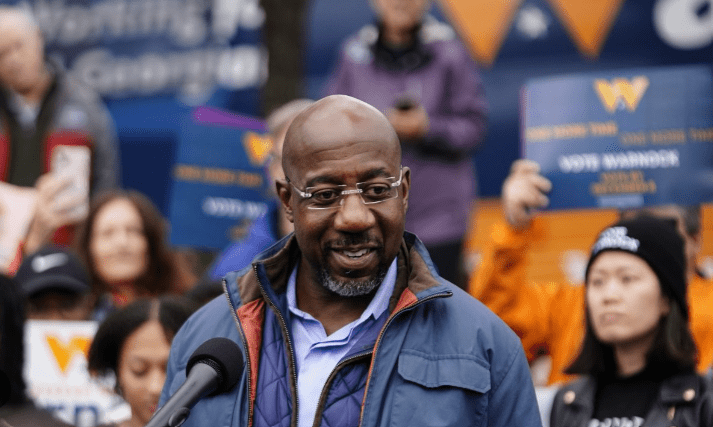 Recent abortion allegations have given Republican Herschel Walker’s campaign a hard time. Walker has denounced abortion rights as part of his platform. However, since then, not one but two women have come forward claiming that Walker pressured them into getting an abortion.

In early October, the Daily Beast reported the story that the mother of one of Walker’s children said that Walker tried to make her get an abortion in 2009.  She said that he gave her a $700 check for the abortion, along with a “Get Well” card. Originally she stayed silent, but then came out when bluntly expressed hypocritical beliefs. According to the Daily Beast, she said he was completely pro-choice until running for Senator, where he chanced his stance on abortion quoting the Bible. She says he only uses Christianity “when it works for him”. At first, Walker denied even knowing this woman, despite the fact they have a confirmed child together. Later, he backtracked on his initial statement and confirmed that he did issue a check for $700, though he didn’t know what the check was going to be used for.

Within weeks of the runoff elections, another anonymous woman going by the alias Jane Doe came forward claiming Herschel forced her to get an abortion. Jane Doe said that in the 1980s, Walker was having an affair with her during his first marriage for around 6 years until she got pregnant in 1993. After she couldn’t go through with the abortion initally, Jane Doe said “he was upset and said that he was going to go back to the clinic the next day for me to have an abortion.” according to NPR. Jane Doe went further by stating her belief in the first woman’s stories from her own experiences.

These alleged stories tell more to Georgians about Herschel Walker character than his stance on abortion rights. They show his character as a person. He was a cheater, liar, and hypocrite within his personal life. If this is how he behaved in his personal life, it would not be good for Georgian interests if behaved like this in his political life. “Herschel Walker is a hypocrite and is not fit to be a U.S. Senator,” said Jane Doe. “We don’t need people in the U.S. Senate who profess one thing and do another.”

When the polls came in on December 6th, it became clear Jane Doe wasn’t the only one finding Walker to be unfit for the position. During the 2022 midterm elections on November 8th, Raphael Warnock received 49.4% while Herschel Walker finished with 48.5% of the vote. Back then, Warnock tallied 35,000 more votes than Walker did. Now, just four short weeks later, Warnock received 51.35% of the vote while Walker received 48.65%. This time, Warnock received about 95,500 more votes than Walker. The race was close, but not nearly to the extent that it was in November.

The Herschel Walker allegations were not the only reason Raphael Warnock won. Independents, African Americans, and younger generation voters contributed to Warnock’s victory. According to a poll conducted by the U.S. News, 89% of black voters and 61% of Gen Z and Millenials voted for him. The same poll found that 54% of independents supported Warnock, compared to 39% for Walker. However, the negative impact Herschel Walker’s private misdeeds has had on people trusting in him cannot be ignored – nor denied.