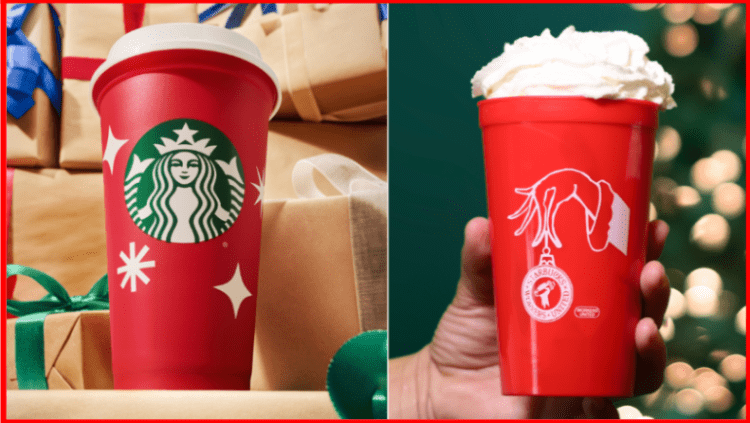 Many Starbucks employees took a stand this holiday season and said “no” to “Red Cup Day,” going on strike to voice their grievances on November 17th.

Baristas often attempt to call off because Red Cup Day can turn Starbucks into an overwhelming and stressful working environment.  As a result, many locations requested better staffing. Over 100 locations went on strike in hopes to have a proper conversation with the company to renegotiate contracts and to protest Starbucks failure to bargain with unionized locations.

“Red Cup Day is notoriously difficult on baristas and notoriously profitable for Starbucks: striking on a day that affects both us and customers more so than an average day is a great way to connect with the community about why unions in the workplace are needed, and how they can help their local unions succeed while keeping businesses running,” Emily Schule, a Starbucks barista in Massachusetts, told The Guardian.

According to Starbucks Union leaders, Starbucks has already begun retaliating against these strikes by making last-minute rescheduling requests that make it hard for workers to participate in the strike.

Starbucks denies this and states that they have been offering many locations the opportunity to begin bargaining sessions, stating that the problem is that the Union wants to broadcast their negotiations.  The National Labor Law Act, however, states against recording negotiation sessions. The union explains that they want to be able to use Zoom calls so multiple people can be present at the session, something they are allowed to do within the National Labor Law Act.

In attempts to win over customers and garner their support, unions have offered their own version of the Starbucks red cup. Instead of the Starbucks logo, it’s designed with the union’s logo titled “Starbucks Workers United.”

The Starbucks company has reportedly been issued 39 complaints by the National Labor Relations Board “encompassing more than 900 unfair labor practice charges,” says The Guardian. As a response to ensure workers rights, about 260 Starbucks locations have unionized in just over a year. December 9th marks the one-year anniversary of the first unionized location in Buffalo, NY.

To learn more and support the Starbucks Workers United cause, visit their website: https://sbworkersunited.org/#Partners-Becoming-Partners