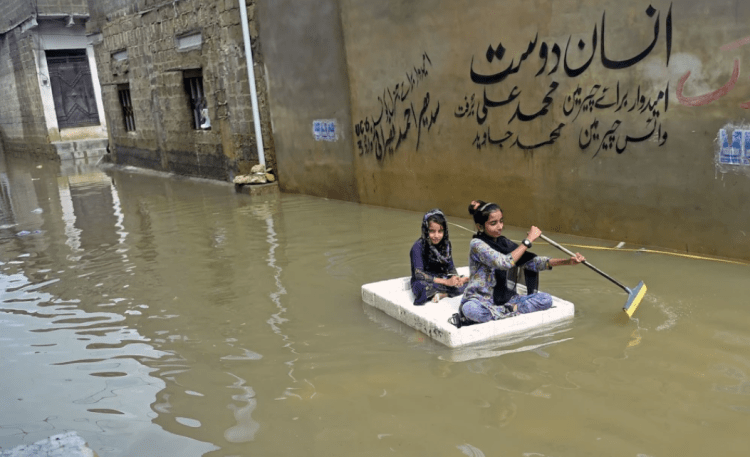 Since this past June, Pakistan has been hit with extreme monsoons, causing flooding throughout the country. On Oct. 14, during the annual Ram Nation Carnival, the Key Club will be holding their own fundraising event, a bake sale with all proceeds going to the UN Refugee Agency to provide aid for Pakistani flood victims.

As of late Aug., about a third of Pakistan has been submerged in water. Nearly 33 million people, about the same number as the entire population of Canada, have been left displaced, half of those children, and 1,500 people have died as a result of this disaster. Death tolls are expected to increase as Pakistan experiences a food and medicine shortage as well as disease outbreaks, such as malaria and dengue.

Due to the lack of aid, the Pakistan government is calling for international humanitarian aid to save as many lives as possible. However, with the intensity of the monsoons, it is likely that Pakistan will have to face the ongoing aftermath for up to six months until the stagnant water recedes, according to the United Nations relief agencies.

Though monsoons are common to Pakistan’s geography, the severity of the recent floods add to the recent trend of extreme weather patterns, resulting from the progression of global warming. Internationally, the severity of natural disasters have become more common, with Puerto Rico facing a similar situation due to Hurricane Fiona recently. Last year, New York City also dealt with the brutality of Hurricane Ida by transforming the city subways into deadly swimming pools, posing health risks to its inhabitants. Many of our own residents in Port Chester were impacted by the hurricane, with many losing housing and possessions.

However, the situation in Pakistan also represents how impoverished, third world nations will be the ones to face the blunt brutality of climate change. While Pakistan is one the countries with the least carbon emissions, they are one of the countries who will be dealing with the deadly impacts caused by wealthier nations such as the US.

With the rapid progression of climate change, many other areas of the world are expected to experience extreme weather patterns that will disproportionately impact lower-class families.