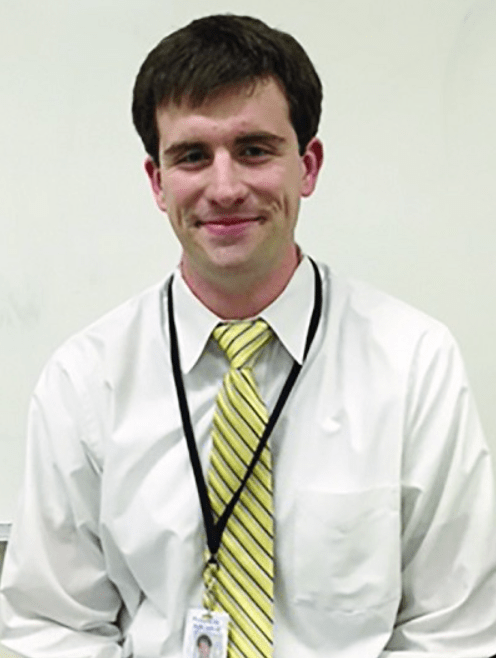 Mr. Gilson was the Chairperson of the Social Studies department where he taught Honors Global History Year 1, APUSH, and IB History. He led the Seal of Global Competency and was an IB diploma advisor. Mr. Gilson dedicated his time to guiding students to become their best selves and grow as leaders within their communities. Through his liveliness and enthusiasm in the classroom, he became a beloved and much admired teacher.

NP: What made you become a teacher and specifically a history teacher?

JG: The history teacher might be because of my 10th grade social studies teacher who wound up teaching me my 12th year, as well. His passion for history made it seem like a good idea.

The teaching part, I was kind of debating what to do in high school, and I really thought the idea of helping others was kinda cool. Teaching sounded really cool, I did tutoring for honors society, I had taught religious instruction, I was teaching, actually, umpiring classes on the side. I had debated between that and actually sports journalism for quite a while but I decided, ultimately, teaching would be the best answer and it really has been an amazing career.

SG: What do you find compelling about history as a subject itself?

JG: Especially when teaching AP and IB courses, even in Global I, it’s the idea that while the past is fixed, history is always changing. There’s so many different viewpoints and when you look at different perspectives, that makes it really exciting to talk about. Like, what if we look from the American point or from the Germany point. Rather than having it just told to you, you carve it out yourself. That I really enjoy and I think that’s why I took so much privilege into teaching the IB course because that’s what it’s about.

NP: What is one word that you would use to describe your time at PCHS?

JG: I want to say eye opening for a positive reason. It opened me to different cultures. Here I got to learn a lot about Hispanic culture. Also, students here are different here in a positive way. The amount of compassion and friendship. There’s a lot less bullying here than other places. So that was eye opening because I was used to kids constantly picking at each other and for the most part this school communicates with each other really well. The respect for teachers, even when kids aren’t doing their homework, the respect is always there. So that was just eye opening and gave me more of a positive perception of what goes through a teenagers mind. And that is amazing actually, that you don’t see in other schools.

SG: What are you going to miss most about teaching and being a teacher, since you’ll now be an assistant principal?

JG: The interactions with the kids. Just the idea of being able to ask questions and, sometimes I used to ask those stupid questions, like someone would say something and I’d basically turn their answer into another question. I love that so much. And I hate that we don’t do it as much in AP because it’s just so big but I did it in 9th grade and used to do it with freshmen all the time. It was just so much fun. Even seeing the silly things kids do in the middle of class, and I know it sounds ridiculous, but like, I saw kids having moments like realizing there’s a bee on their desk and jumping up, it’s just funny to watch, I really enjoy it. Hanging out with the kids is great. I’ll miss that tremendously, now it’s more of discipline and still hanging out with them but not in the same way.

SG: Yeah, that reminds me of freshman year when we had the talk about different branches of Christianity and the different type of french fries.

JG: Yes. So, you know it’s funny, last night it kind of hit me, “shoot, tomorrow is my last day teaching. Possibly ever.” And I got really sad, I started thinking about – I really enjoyed watching you guys in the cold war topic this year – there’s a couple lessons from AP and like, I never got to do those. There’s some times when the months go long, like November, October, and it’s like, “Okay I have to do this unit before the end of the month,” and it keeps you going. I mean, I guess I could always just talk to my wall at home and do the lessons.

SG: I also remember freshman year, the first day you kind of scared the entire class. Did you also partially enjoy terrorizing the kids?

JG: It was actually something I learned from my 10th grade teacher that inspired me. There’s different philosophies to teaching. There’s some that say you can’t pull off until Christmas. I think that’s extreme but if you start off strict you can always pull off. If you go soft, you can’t pull strict again. So you kind of establish a foundation going forward, not to get the kids really scared, but if you get the worst out in the beginning, the rest of the year is pretty easy.

It’s more of using fear rather than love except eventually I pull off the fear. There’s some teachers that do go all in love. I’m not soft and fluffy enough to pull that off and enjoy that stuff. So yes, I go with the whole fear then love to start. Basically do it for a month, we establish a class culture and then okay, now I can pull off. You still always have it in your back pocket. I don’t really want to use it but in case you ever need to, it’s good to have it.

SG: How would you like to be remembered by your students?

JG: I’d want to be remembered as someone who tried to push them to be a better overall person. I really tried to get kids out of their comfort zone, whether it’s getting freshmen to write more than two sentences on their homework assignment or helping students write analytical essays.

I’ve seen some of you guys challenge yourself and it’s great. Next year, will you really need to know what Andrew Jackson was doing? No, probably not. Actually, I lied. For IB, you might need it for Paper 3. But just challenging yourself to become organized and more analytical, it’s something that you’re going to walk away with for years.

You have to constantly challenge yourself and think about the people out there. That there is always someone out there that’s working hard. And you have to keep pushing yourself to get to that level. You can’t be content with just being in the middle. Keep working hard because you ultimately will find success.

Though Mr. Gilson will be greatly missed, the Port Chester community wishes him well in his new position and hope that he will spread the PC spirit to his new school.