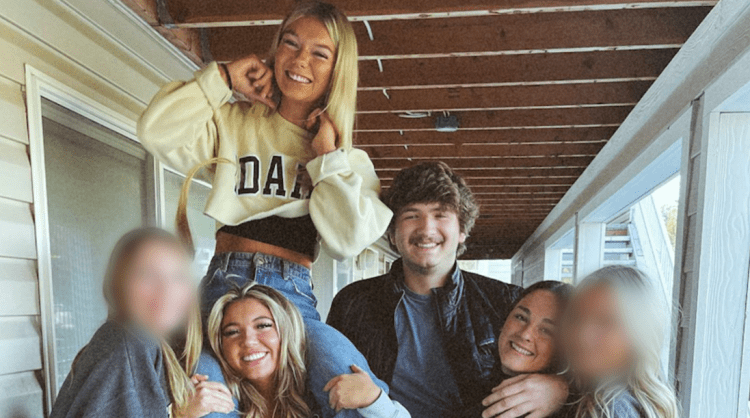 Sorrow fills the town of Moscow, Idaho as four University of Idaho students were found stabbed to death in their homes on November 13, 2022. The victims of this brutal murder were Madison Mogen (21), Kaylee Gonclaves (21), Xana Kernodle (20), and Kernodle’s boyfriend Ethan Chapin (20). The three female victims were all roommates living in the same home near the University while Chapin did not live there, according to CBS News. Weirdly enough, there were also two other roommates living in the same home which police believed slept through the killings.

CBS news states that on the night of the crime all four victims were out. Chapin and Kernodle were at a party at a Sigma Chi house on the University’s Campus while  Mogen and Gonclaves were at a bar. All four of them returned home at 1:45 am on November 13 which was a Sunday. The two surviving roommates were out separately  in Moscow during the night of the crime. Both returned to their home around 1 a.m, 45 minutes before the other four. The two surviving roommates were not publicly identified until the memorial service where they both shared a letter in early december.

Police have found that some of the victims had defensive wounds which meant they tried to fight back. Each person was stabbed multiple times and there was no evidence of sexual assault. Fox News had mentioned that the victims were stabbed with a fixed-blade knife on the second and third floor of the home. Police had reported that Mogen and Gonclaves both died together in the same bed. These two girls have been friends since they were in 6th grade.

With this muirder all over the news, many parents are concerned about their own children when sending them off to college.

The aftermath and overall emotions surrounding this tragic event have been especially despondent, but things have taken a turn with the arrest of the killer, Bryan Kohberger (28) after nearly 2 months. Kohberger has been charged with four counts of first degree murder, and his hearing is set to begin June 26, 2023 after Kohberger waived his right to a speedy hearing.

Kohberger continues to maintain his claims of innocence through his lawyer, despite strong evidence tying him to the scene of the crime. Current evidence includes: personal DNA found on a knife sheath lying on the bed of one of the victims, cell phone records which indicate he had been to the area more than a dozen times before the murders occurred, and surveillance records of a white Hyundai like the one Kohberger drove.

He is currently being held without bail in the Latah jail in Idaho. Further questioning into Kohberger’s past revealed that the former criminology Ph.D student frequently suffered from suicidal thoughts when he was younger, and has been unable to truly feel emotions like remorse. He stated that he had observed his life much like a video game, and that he could do “whatever I want with little remorse.” Kohberger also confessed to having struggled with mental health for much of his youth.

Despite this, authorities have not yet outlined any possible motives for Kohberger’s actions. The community atmosphere surrounding the University of Idaho remains both tense as friends, family, and fellow students continue to mourn. As always, we mourn this tragic event and hope sincerely that the devastation that follows an unfortunate event such as this one will no longer become as frequent as it is today.