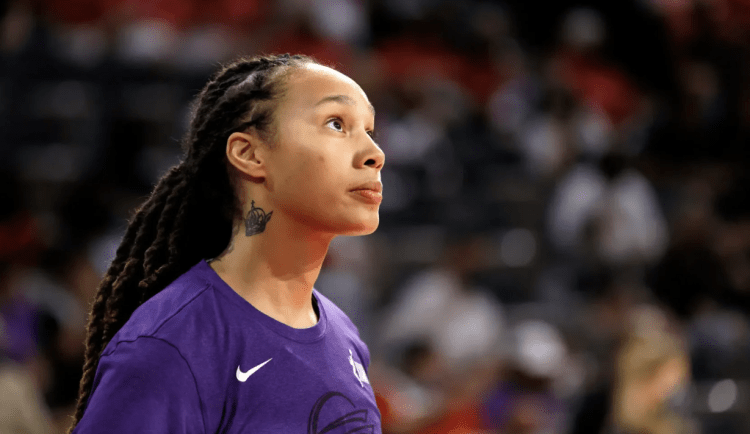 Britney Griner is back home after being detained in Russia. However, her return was met with a less than welcoming atmosphere.

Britney Griner is a basketball player in the WNBA, playing for the Phoenix Mercury. She was detained in Moscow, Russia for possession of marijuana on February 17th, 2021. She was later detained, sent to a Russian prison, and sentenced to nine years on drug-related charges. She has since been freed and  is back in the states as of December 8th, 2021. However, much controversy surrounds the entire situation.

For starters, some people felt that Griner should have known better, and deserved her punishment. Many social media users took to their respective platforms and voiced the idea that when you plan to go out of the country, you should know and respect the rules. Griner had come into Russia from New York City, where laws on cannabis have become lax in recent times. Some felt that it was Griner’s arrogance and ignorance as a celebrity that put her in a predicament to be detained.

Another aspect shrouded in controversy was the event that led to Griner’s freedom. Her freedom was gained from a trade with Russia: Brittney Griner in exchange for Viktor Bout, a Russian arms dealer charged and convicted on conspiracy to kill and terrorist charges. Russia has been actively calling for Bout’s release since his conviction as he maintained innocence, and Griner’s situation got Bout back to Russia. Some people feel that our president has put citizens in a very dangerous position by giving Russia a Russian arms dealer in exchange for a professional basketball player.

One last piece of discussion regarding the event is the simple fact that the person freed is Brittney Griner. Paul Whelan is a former Marine and U.S. citizen. He was detained by Russian authorities in 2018 and sentenced to 16 years in a Russian prison on the alleged suspicion that Whelan was part of an intelligence operation in 2020. The U.S. deemed the trial unfair, and swore to work toward obtaining Whelan. However, the first Russian-detained American to be returned so far is Griner, and comments have not been made on the status of Whelan’s freedom other than he was not part of the trade. Though President Biden has said that Russia would negotiate Griner’s release and not Whelan’s, the public feels that not enough was done in his aid.

Whelan himself states, “I am greatly disappointed that more has not been done to secure my release, especially as the four-year anniversary of my arrest is coming up…I was led to believe that things were moving in the right direction, and that the governments were negotiating and that something would happen fairly soon…I’m being held hostage…”

Within that controversy, there is an abundance of support for Griner. An example of such support comes from fellow Black women and Griner’s coach, Vanessa Nygaard. Many took to their respective platforms and felt that Griner is only receiving so much backlash from her detainment and release because she is a Black, tattooed, lesbian woman. Many also felt that she is being reduced to a dumb person who made a dumb mistake, rather than an American citizen in a hostile environment for the sole purpose of being used as a political pawn. Griner’s coach has commented on the hypothetical of what would happen if LeBron James had been detained under the same circumstances and her answer was that everyone would be flocking to get him out, in response to a similar comment made by Chicago Sky coach James Wade, who used the example of Tom Brady.

There are many opinions surrounding Griner’s Russian detainment, release, and all the issues that come about from this. Some feel these arguments are valid, in the sense that Griner’s celebrity status riddled her with ignorance and put her on a higher pedestal than people who those feel are more deserving of release. However, many feel that the controversy only came about based mainly on prejudiced perspectives regarding Griner herself. Regardless, many Americans are being unfairly held in high security prisons in Russia on fraudulent charges. Though many are upset with which American has been brought back this time, it is important to recognize that there is luckily one less American being used for political standings.