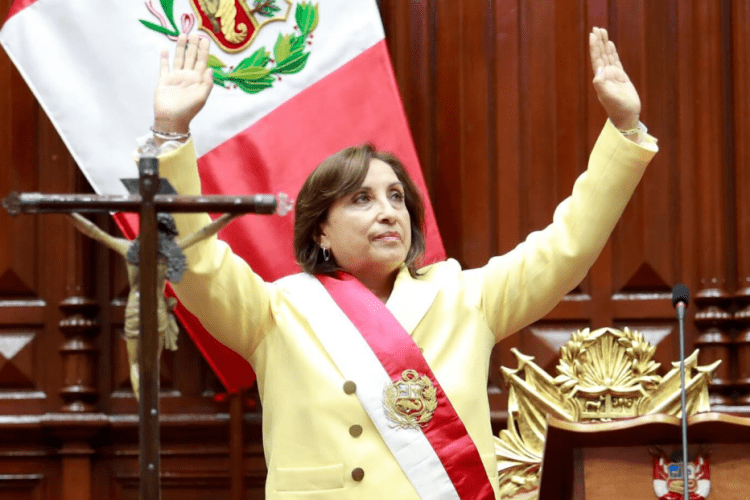 Perú made history by having the first female president to be sworn in. Dina Boluarte, former Vice President, is now the sixth president in five years after the impeachment of the most recent president, Pedro Castillo, on December 7, after an attempted a self-coup.

Pedro Castillo became president of Perú on July 28th 2021, making him the fifth president in five years. Castillo gained traction as a politician because he came from a poor community and later became a school teacher and a union leader. All throughout his campaign he was left-leaning and promised to make changes for the working middle class, such as raising taxes for the rich. This led to massive support from working class people in rural areas. These people wanted change, but Castillo was soon revealed as another corrupt leader in disguise.

After being sworn into office. Castillo faced corruption allegations and conflict between him and congress. He was facing six investigations surrounding corruption. According to Al Jazeera, Castillo was leading a criminal organization that would obstruct justice and would benefit from state contracts. Essentially, helping an organization get around the law as well as breaking it. Castillo denied those accusations.

Eighteen months after being sworn in, he faced a third impeachment attempt. Hours before the vote to decide his fate in office, he declared that he would dissolve congress. According to the Council on Foreign Relations (CFR), this was viewed as a “self coup.” This was an attempt to keep him in power.

When Castillo made the radical decision to dissolve congress, an emergency vote was put into play. The final vote was 101-6 to remove Castillo. Castillo made another attempt to save himself by trying to seek asylum in Mexico. He was intercepted by the police on the road and arrested “on charges of rebellion,” according to The New York Times.

Hundreds of people in Perú ran to the streets to protest the impeachment of Pedro Castillo. On the other side, people gather to celebrate his removal from office. Before his impeachment there were multiple protests to remove him.

Dina Boluarte, the previous Vice President, was sworn in that same day, December 7, and has promised to lead Perú into an uncorrupt government. Distancing herself from Castillo is an attempt to slow down and regroup from political crises after political crisis. Following her inauguration, violent, anti-government protests from Castillo supporters have erupted across Peru. Despite this, Baluarte remains resistant in her position, “ I will not resign. My commitment is with Peru,” she says.

It is unknown how long she will stay in office. It is hoped for an end to corruption in Peru’s government.