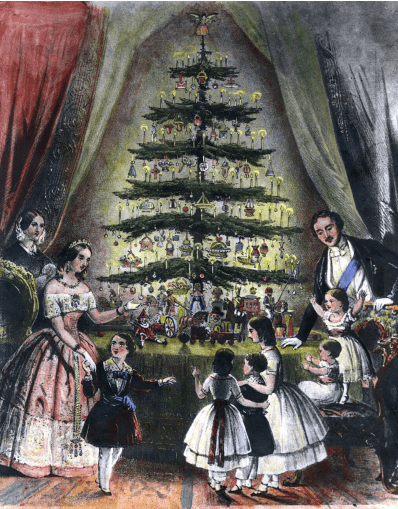 Many around the world believe that Christmas time is, as the song goes, the most wonderful time of the year. Christmas lights, festive caroling, and holiday cheer are something special to behold. Traditions that are over two millennia old have been a staple in some cultures.

Christmas has a very storied and relatively complex history. Christmas is the celebration of the birth of Jesus of Nazareth, more commonly known as Jesus Christ. The first ever recorded Christmas celebration was in Rome on December 25th, 336 AD, but did not become a major Christian festival until the 9th century. Though Christmas is a Christian holiday, it is often celebrated by people of various faiths and beliefs around the world.

The Christian holiday can actually find its roots in Pagan cultures with many of its modern traditions evolving from Pagan ones from centuries ago. Christmas was inspired by the winter solstice of many Pagan civilizations, including the ancient Romans and Celtics to name a few. On top of the solstice, the Romans also celebrated Saturnalia, a holiday honoring the Roman god of agriculture, Saturn. This celebration fell between December 17th to the 24th of every year and was spent feasting, drinking, and giving gifts, much like Christmas is today. On top of that, Christmas caroling owes its roots to the Pagan tradition of wassailing. Every year, villagers would go around their village, singing loudly. Even Santa Claus, the icon of Christmas, comes from Pagan lore. Years before St. Nicholas, there was an old bearded man called Odin. He would fly through the sky on an eight legged horse (much like Santa and his eight reindeer) and deliver little presents in the children’s shoes. That’s only three of the Christmas traditions that have roots in Pagan festivals, yet there are many more.

Christmas has also recently become a commercial phenomenon. Gift giving has been exponentially growing since it was widely popularized by companies in the second half of the 19th century. This differs greatly from its rather wholesome beginnings in the fourth century, where it is said that children would leave shoes out and Saint Nicholas would fill them with small presents. However, this occurred during the night before Saint Nicholas Day, December 6th, rather than the night of 24th. Now, the holiday season is the most profitable time of the year for companies.

The most well-known Christmas tradition is putting up and decorating a Christmas tree. Its beginnings are credited to 16th century Germany, and has been a staple of Christmas ever since. Even in war, this tradition persisted. German commanders had  Christmas trees shipped to the frontlines of World War One. Christmas trees lined the trench parapets, bringing a little christmas cheer to the desolate and depressing no man’s land. Christmas trees were then spread around the world by German immigrants.

In the United States, Christmas trees didn’t become widely popular until the 1830s. Before then, Christmas trees were seen as a pagan tradition and thus rejected by many. Due to its pagan roots, Christmas was even outlawed in the Massachusetts Bay Colony. In Great Britain, it was Queen Victoria’s German husband, Prince Albert, who popularized the tradition.

Another staple of the holiday season are Christmas carols. Thought to have begun in the late days of Roman times, Christmas itself fell out of interest in the Middle Ages. Luckily, it was revived in 1223 when St. Francis of Assisi started his Nativity plays in Italy. The chorus sang songs in Latin, but were translated into different languages so that the audience could join in. Another one of the earliest Christmas songs came about in 1410. The song was about Jesus and Mary meeting people in Bethlehem. Sadly, only small fragments of it are known today. Early Christmas carols were based on untrue stories and were sung at home for entertainment, rather than in churches. However, many of the songs we all know and love were written in the 20th century, concentrated around the 40s and 50s. Today, people sing carols composed centuries ago and songs composed within the last decade to celebrate Christmas.