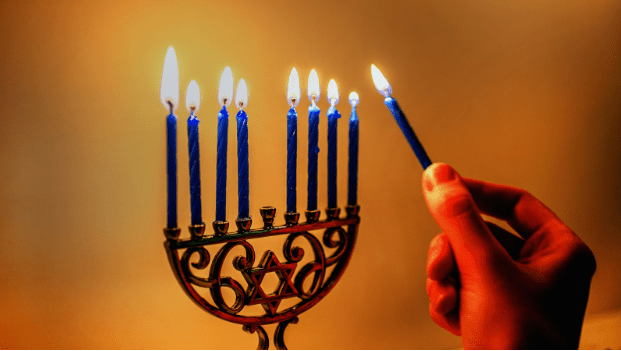 The spotlight in American society shines most brightly on Christmas during this time of the year. Songs such as “All I Want For Christmas Is You” by Mariah Carey are often playing on the radio throughout December, but not as much focus shines on Hanukkah.

Hanukkah is a Jewish holiday that is dedicated to the Second Temple located in Jerusalem in modern day Israel. This holiday does not happen on the same day every year, as it follows the Moon cycle, which leaves the holiday between late November and late December. This year, it began on December 18 and will end on December 26, 2022.

This holiday celebrates a special day in Jewish history. During 164 BCE, the Jewish people rebelled against the Greeks in a war known as the Maccabean War. Following their victory, they renewed and repurposed their temple. According to legend, an oil lamp that contained the amount of oil for a single day actually burned for eight consecutive days. This miracle explains the eight-day celebration.

How Is It Celebrated?

For each of the nine nights, one candle is lit on a menorah, a nine-pronged candelabra. There is a particular way in which the candles on the menorah are assembled. The final candle is placed in the middle of the menorah, slightly higher than the other eight candles. These candles are lit up with a shamash, a candle used to light up each of the nine other candles.

There is more to Hanukkah than the menorah. Like Christmas, people exchange gifts, but they do this for eight nights before the final night. Additionally, they sing songs that are specific to this celebration. Children play with a four-sided spinnable toy, called a dreidel. Each side has a meaning related to the religion of Judaism.

Similar to Thanksgiving where people eat a specific selection of food, those who celebrate eat traditional Jewish foods. One example is special doughnuts that are filled with jam along with other foods fried in oil.

Hanukkah is a holiday rooted in a miraculous event in history for the Jewish people. To this day, it is a celebration that commemorates their victory, and the miracle that allowed it.