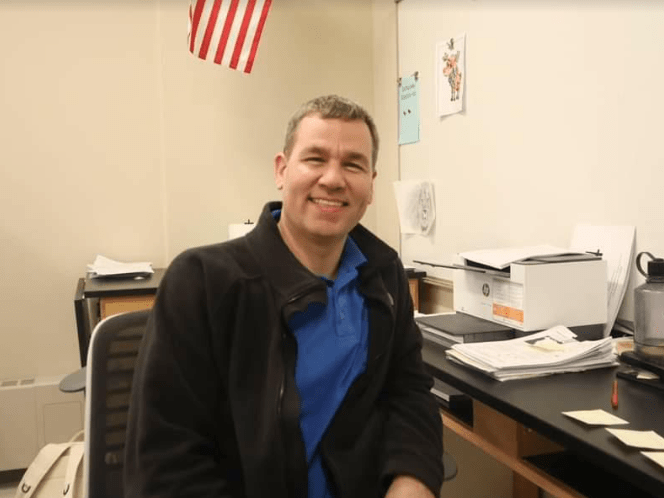 Mr. Fontana is the AP Environmental Science, Earth Science, and the first IB Environmental Systems and Societies teacher at Port Chester High School. Many of his students call him “JoFo” or just Fontana. He’s been teaching at PCHS since 2012. In these 10 years, he has impacted not only the science department, but the student body, as well.

Before coming to PCHS, Fontana worked as an environmental scientist for 6-7 years at a company called HydroEnvironmental Solutions where he did pollution analysis and remediation. He was in charge of biological and fungal analysis, too.

He began teaching at Briarcliff Middle School, and, from there, went to the NYC School for Architectural, Engineering, and Construction Industries (A.E.C.I.), and then finally arrived at PCHS. He chose to work in Port Chester because of its community: “PC has a very unique community feel to it,” says Fontana.

What might surprise students is that Mr. Fontana played various sports throughout his schooling. In 8th grade, he started playing high school sports. He played JV baseball in his district and for the next three years of high school, he was on the varsity baseball team. He later played baseball in college for only two years as a D1A athlete. After two years of playing and an injury, he decided to focus on school since he knew he wasn’t going to play professionally. Besides playing baseball in high school and college, Mr. Fontana played varsity soccer and varsity track.

Mr. Fontana has many hobbies besides playing sports. In addition to summer gardening, he likes going to the gym to work out and hanging out with his kids. Mr. Fontana used to be a professional musician, playing the trumpet and trombone professionally, but stopped a few years ago outside of a few small gigs here and there. He enjoys all different types of music, but if he had to choose one, it would probably be the genre he grew up with, mid-to-late-’90s alternative, but he doesn’t shy away from classical music either.

One piece of advice he would give to students is to work as hard as they can to reach their potential, but he says, “don’t sweat it if things don’t work out as you hope, because there are much bigger things beyond high school.”

Many students enjoy spending their free time with Mr. Fontana and choose to use their free periods to hang out in his classroom. This shows how welcoming an environment Mr. Fontana can create for his students. As a byproduct of this, two students in Mr. Fontana’s IB Environmental class created a fan page for him on Instagram (with permission). This fan page has gotten 55 followers in only two weeks. He deeply appreciates the fact that his students are taking the time to give him a little tribute. He thinks it’s fun and flattering. He can’t wait to see where the fan page will go in the future, but for now, he’s hoping to hit 1,000 followers on the page before January 1st, 2023: “Start spreading the word to my former students.”