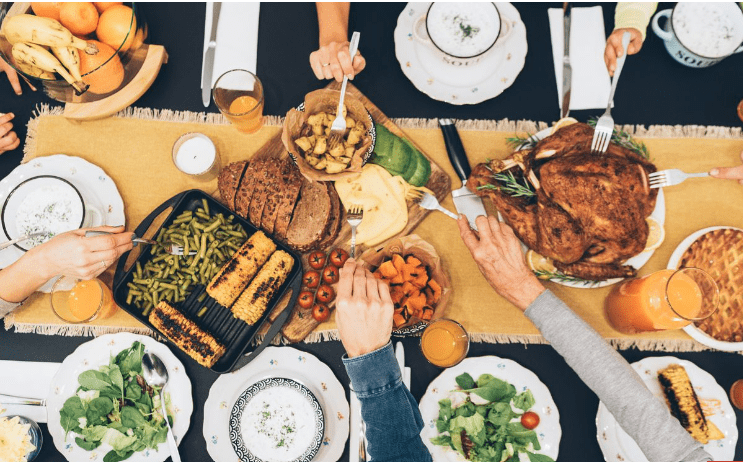 On Wednesday, November 23, a few weeks after their first get-together on November 7 at Colony Grill, the International Baccalaureate Diploma Programme (IBDP) candidates came together once again for some social time, participating in a “Friendsgiving.”

Typically around the time of Thanksgiving, friends get together and arrange what is known as a “Friendsgiving.” A Friendsgiving is essentially a Thanksgiving celebration with friends, as opposed to the family which we are typically surrounded by during the holiday. Friends are encouraged to contribute by bringing their favorite dishes to the gathering to share with one another.

The IBDP requires students to complete certain IB courses (mathematics, science, language, english, history, the arts, and a Theory of Knowledge course, a core of the IBDP), along with an Extended Essay, and a Creativity, Action, and Service (CAS) project, which also requires students to complete about 150 hours of service to their community. It allows students who successfully complete the diploma to earn several college credits, which would allow some candidates to directly enter into their sophomore year of college, skipping an entire year and saving them some financial worries down the line.

IB advisors had been setting up the Friendsgiving for quite some time up until the day it took place. Like the pizza dinner at Colony Grill on November 7, the Friendsgiving also served as a reward to students after almost three months of hard work and dedication to the IBDP.

Students had brought in surplus amounts of food, most of which ultimately was not finished. Much of it had been homemade dishes, although some did purchase pastries and submarine sandwiches. The IB coordinators seemed to be rather proud of the candidates. The IB Diploma Programme supervisor, Mr. Laconi said, “I’m really happy to see candidates come together and celebrate their accomplishments during the first marking period.”

The Friendsgiving also served as a way to further bring together the team in order to ensure the students would have each others’ backs throughout the rigorous journey. Other coordinators such as Extended Essay advisor Mr. Guarino stated, “I think this is an excellent bonding experience for the IB candidates; it’s nice to have them here together.”

It’s clear that events similar to these would be a great way to bring the candidates together, while also celebrating holiday festivities, whether it be during Thanksgiving or perhaps eventually other holidays.

Many students were also glad to be there that Wednesday, a half day, which can feel long for students considering it is the day before Thanksgiving and a five-day weekend. Several students such as Jennifer Farias and Brian Alvarado said they found the experience “fun and exciting,” which was very apparent while being there, with people singing, playing piano, eating, and playing board games. Who wouldn’t want to be there? Candidate Melany Monroy stated that she found the Friendsgiving “very strange” and that it was “quite the experience.”

The Friendsgiving had been only the second event, which only scratches the surface of  what is to come for the candidates. IB coordinators hope to hold another event prior to the holiday break, which would be around the halfway point of the second grading period. The Friendsgiving was a very successful event, which the candidates enjoyed very much.