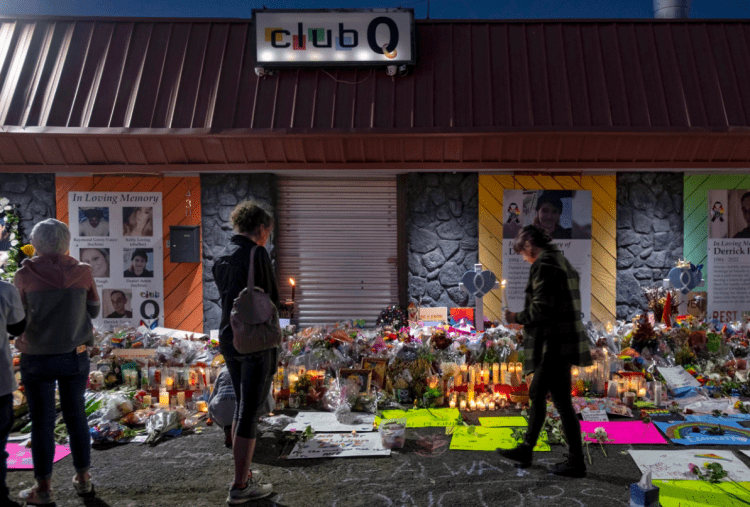 On November 19th, 2022, nearing midnight, tragedy struck Colorado Springs’s Club Q. Club Q, a place in which members of the LGBTQ community sought refuge in the conservative city of Colorado Springs, was ambushed with bullets shot by 22-year-old accused shooter, Anderson Lee Aldrich (they/them). Suited in body armor, carrying an AR-15 style rifle, as well as a hand pistol, Aldrich’s attack concluded in the devastating loss of 5 victims, as well as injuring 17 with gunshot wounds, and scarring many more who bared witness to the horrific scene.

As police arrived on the scene, Aldrich was pinned and beaten by bystanders. Richard Fierro, an army veteran who served for 15 years, assisted in restraining and pinning Aldrich to the ground, putting the shooting to a halt until police arrived. Fierro was a member of a dining party that included one of the victims, Raymond Green Vance, and his longtime girlfriend. The dining party had gathered for a birthday celebration that night. As father of the victim Raymond Green Vance’s longtime girlfriend, Fierro states he went “into fight or flight mode”. In an interview with CNN, Fierro describes his efforts that night to protect his family. Detailing the grief and sorrow he feels knowing “there’s five people that didn’t go home” that night.

The victims lost were Raymond Green Vance (he/him), an aspiring young man, caring boyfriend and son. Kelly Loving (she/her) a doting, uplifting and selfless sister. Ashley Paugh (she/her) a loving mother, daughter, sister and aunt with “a huge heart” as described in a released statement by her family. As well as Derrick Rump (he/him) and Daniel Aston (he/him), bartenders who worked and lit up the scene at Club Q. They worked to make the club an inviting, accepting establishment with a warm, welcoming atmosphere for those who entered the club doors.

Charged with 305 criminal counts including bias-motivated crimes (hate crimes), first degree murder, and numerous class 1 through 5 felonies, Aldrich had been detained for hate crime charges. However, prosecutors would become unsure of the specified offense as there was no concrete evidence to support the claim that the shooting was a bias-motivated crime.

Aldrich, who identifies as nonbinary, using the pronouns they/them, claims to be a part of the LGBTQ community in contrast to what neighbor Xavier Kraus details of encounters between the two. Kraus claims Aldrich “hated the gays. Using a derogatory term for them.” The two would frequently play video games together in Aldrich’s apartment.

District Attorney Michael Allen stated Aldrich would continue to be detained and sentenced to prison for murder charges, but that their gender identity as nonbinary was “part of the picture,” though provided no further detail. Despite this news that Aldrich is still capable of being charged with hate crimes, the convictions for such matters are settled based on the victims rather than the offender, whether they are part of the targeted community or not. Although the shooting had occurred only a day before Transgender Day of Remembrance (November 20th), Colorado prosecutors would need concrete evidence such as statements, says Frank Pezzella, an associate professor at John Jay College of Criminal Justice.

November 19th, 2022 is a day that will live on in the hearts and prayers of those affected. As we remember the ones who were tragically lost, it’s important to remember the ongoing fight that communities such as the LGBTQ community, continue to face. The hope is that society will prevail towards a brighter future for all, regardless of one’s sexuality, gender, or personal identity.