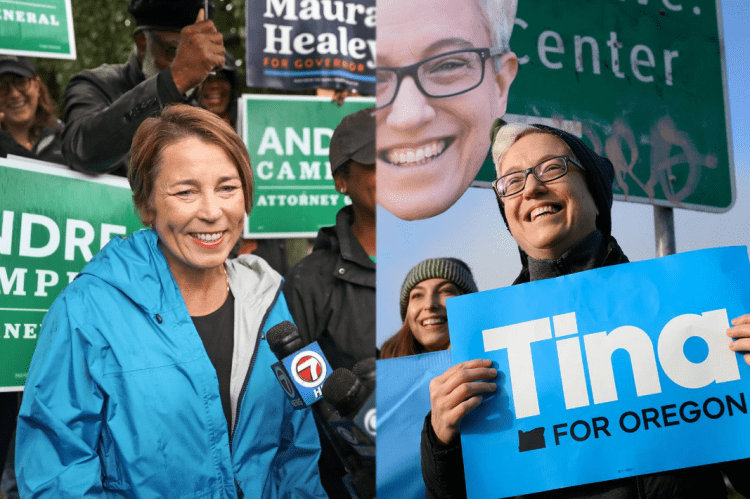 Over the years, there has been greater representation of LGBTQ+ people in the U.S. government. During this year’s midterm elections, the first two openly lesbian governors were elected: Maura Healey of Massachusetts and Tina Kotek of Oregon. Both women are the first openly lesbian elected governors of their respective states. Electing these two women is very important for LGBTQ+ individuals across the country.

Having these two women in power helps ensure that LGBTQ+ rights and issues are advocated for and addressed. Rights that allow people in the LGBTQ+ community to express themselves safely and openly are relatively new, and they are certainly not guaranteed to be permanent. Federal or State governments could pass a bill that could take away some rights of this group of people, such as the right to get married to a person of their choosing. When there is representation for the people in this community in the government, their human rights are protected and prioritized.

On a more personal level, simply seeing governmental figures who identify themselves in a similar manner validates a part of their identity. Whether they are someone who is fully comfortable with themself or only coming to terms with who they are, they are seen through representatives of the community. To some, it may be the push they need to express themselves. Maura Healey says the following: “To every little girl and every young LGBTQ person out there, I hope tonight [her being elected] shows that you can be whatever, whoever you want to be.”

Similar to having representation in minority racial groups, it is also important for LGBTQ+ individuals to be represented.