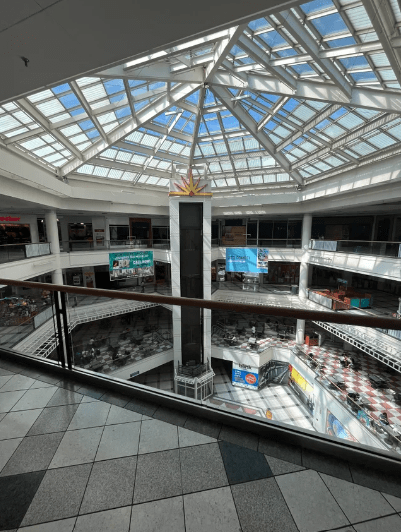 The Galleria, a shopping mall located in downtown White Plains, is closing. The mall was opened in the fall of 1980 by Cadillac Fairview, a Canadian company, and was a popular spot for Westchester teens to hang out with friends through the 80s, 90s, and early 2000s.

Much of the mall’s popularity was due to America’s Mall culture. After the Cold War, the American Mall culture was created because of the romanticization of suburban consumerism in American media, which became prevalent internationally. Before the introduction of other malls in the area, the Galleria was credited with revitalizing the White Plains economy. It also increased tourism and put White Plains on the map. The Galleria was known to be a good spot for families that belong to lower socio-economic groups to go shopping

In recent years, with the introduction of online shopping and online spaces for teens to hang out, this “mall culture” is coming to an end. Many malls across America are beginning to feel the repercussions of this, including the Galleria. Recently, many Westchester residents have been considering the Galleria dead. Teacher and former White Plains resident Aaron Glazer stated, “The last time I went there this summer, it was like a ghost town of empty storefronts.” This is due to a variety of factors, but one major one is the Westchester Mall. The Westchester Mall has been the Galleria’s most significant competitor since 1995 and has been a direct competitor located within the same city. The pandemic also seemed to accelerate the Galleria’s fate, causing many of its bigger stores like Sears and Macy’s to close.

Many have also been claiming that the closing of the Galleria is just another example of gentrification. The other mall in the area that is still booming is Westchester, which consists of mostly designer brands and companies that only people from higher socio-economic groups can afford to shop in.

The owners of the Galleria have come forward announcing their partnership with SL Green Realty Corp to express their plans to change the Galleria into a mixed-use commercial and residential site.  There has yet to be a detailed proposal released, so no specifics are known. The closing of the Galleria represents a change in American culture and society.