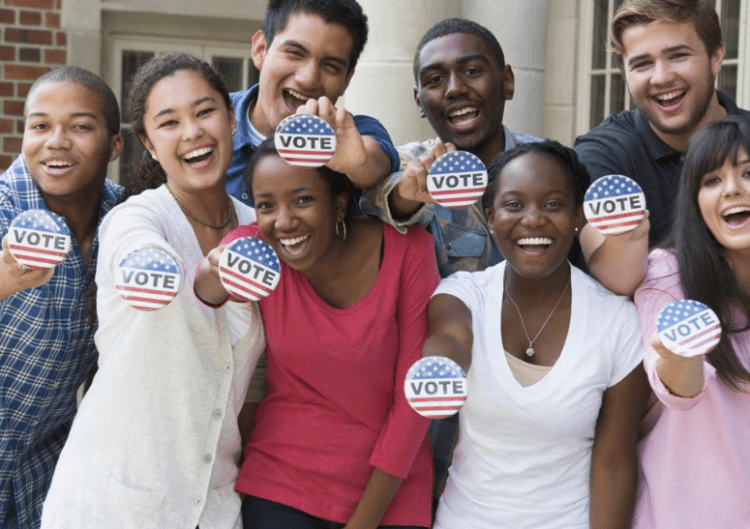 History was made during the 2022 midterm elections as Gen Z, many who have reached voting age, have left their mark at the polls and in Congress. Republicans, who warned the country of a red wave, have now come to consider it a red puddle due to how underwhelming their results were. These Republicans were left disappointed as they barely managed to gain a majority in the House of Representatives and failed to achieve a majority in the Senate. Democrats maintained the gap between them and the GOP excruciatingly narrow, an outcome credited to Gen Z voters.

According to exit polls, only 12% of voters were 18 to 29 year-olds but they were able to leave a considerable impact on the election, as most leaned left and voted for Democratic candidates. Young voters in swing states, such as Georgia and Arizona, were also the driving force behind the states turning Democratic this election.

Kenisha Mahajan, a 17 year-old political advocate, told the Washington Post that it’s Gen Z’s “allegiance to issues, not to specific political parties and candidates” that motivated them to vote for representatives that put their concerns on the forefront. Having their issues represented was especially important for GenZ’ers in the wake of the overturning of Roe v. Wade and the threat of school shootings which have become increasingly prevalent over the past decade.

The fact that 48% of GenZ’ers are people of color will also ultimately affect future elections and the current political system by adding to the diversity of issues. It is estimated that about 10% of GenZ’ers are currently eligible to vote and will continue to increase, an expectation that is worrying to Republicans especially after the blocking of their red wave.

The polls aren’t the only place Gen Zers have made an impact; they’re now reaching public office. The Democratic Rep. of Florida Maxwell Frost, 25, became the first member of Gen Z to be elected to Congress. Beginning as a political and social activist, he advocated for climate and gun violence reform. He was also a member for the American Civil Liberties Union and March for Our Lives following the 2018 Parkland Shooting, states The Washington Post. His goals touched the hearts and progressive spirits of Gen Z Floridians who elected him as a representative with 59% of the votes.

In addition to social issues, Rep. Frost is also aiming to combat economic issues such as inflation and financial inequality in the community.

Frost is currently helping to advocate for the Democrat Rapahel Warnock against Herschel Walker for Senator in the December 6 runoff election. In this election, Gen Z will be just as important for the results as they were in other states. Voters are being mobilized through youth organizations, such as Voters of Tomorrow, and through social media platforms, such as TikTok and Instagram. If there’s one thing that Democrats have learned, it’s that to win over Gen Z, they have to think like Gen Z.

“There were memes and humor, and that really penetrated the social media market for young people who feel overwhelmed about the amount of political problems they’re facing,” Ashley Aylward, a researcher from HitStrategies, said of John Fetterman, the winning candidate for PA Senator. “He was able to use the language of young voters while still having a plan and being serious.”

Here at PCHS, students are also encouraging current seniors, or anyone 17 and older, to register to vote, as next year many will be of legal age. Starting last year, senior Gwen Dominguez made it her goal to help foster change and raise awareness on issues that affect the community in areas such as social justice, economic inequality, and the environment.

“I discovered that Port Chester has been experiencing immensely low voter turnouts in recent years and figured that residents, especially teens, would be more willing to listen to community youth,” shares Gwen. “I feel it is essential to acknowledge that there are certain barriers and limitations that make voting challenging for some.”

To address these issues she has become so passionate about in Port Chester, she led the initiative to increase voter registration among her peers, “We set up a table in the main entrance area and managed to register a handful of seniors who were eighteen. The initiative expanded this year, as a few of my friends and I formed a committee with the help of Mr. Avila aimed at promoting voter education and awareness. We visited Senior English classes to encourage and provide our peers with resources needed to pre-register to Vote.”

Those 17 and older who are looking to register can visit the DMV website (https://dmv.ny.gov/more-info/electronic-voter-registration-application) to register online. For paper registration, students should stay on the lookout for Voter Registration Drives in the main lobby and for Gwen who will continue to visit Junior and Senior English classes. Gwen wants to leave the future voters of Port Chester with the following:

“I aspire that this project makes voting more accessible and understandable for all.

As citizens, we have the power and privilege to have a say in policy that impacts our livelihoods. Voting provides us with the opportunity to elect the people we feel will represent us and make profound decisions best. As the newest generation approaches the legal voting age, we can use our experiences witnessing injustice and inequality, in our own lives and on the news, to influence our new-found responsibility to vote and create the future we desire.”