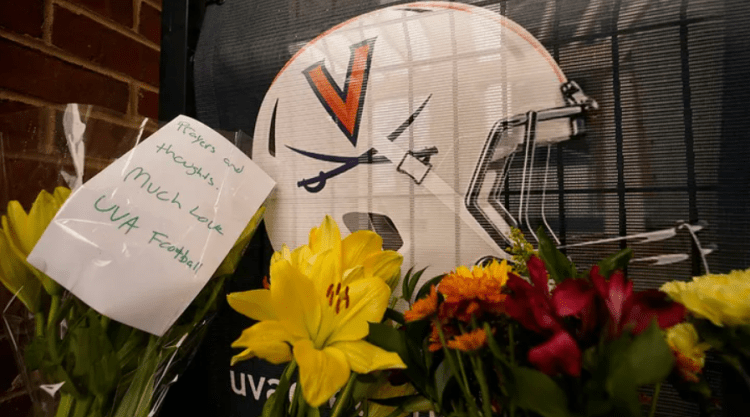 Recently, there was a shooting at the University of Virginia. The incident occurred at an estimated time of 10:30 AM on a bus coming back from a school field trip to Charlottesville. On November 13, suspect Christopher Darnell Jones, Junior. is said to have killed three football team members, Lavel Davis,Devin Chandler, and D’Sean Perry, and injured two others; one of them is currently in critical condition.

Previously in 2021, local Virginia police had pulled suspect Christopher Jones over and was charged with possessing a concealed weapon without a permit. At the same time, police also discovered that Jones was wanted for a hit-and-run that led to property damage in Petersburg, Virginia. Jones was convicted in 2021, but only received a suspended sentence. He has also been under watch by the Virginia State police for attempting to buy a rifle and pistol. A gun shop owner said that Jones had tried to buy a weapon but failed the background check, until around November 12 when he was able to pass.

As the UVA incident continues to be looked into, Jones’ motive still remains unknown. It can be inferred that a possible reason for his actions was due to his removal from the UVA football team. However, many fellow players say that even though Jones was only on the team for a few months, he was a talented and happy individual. Jones’ teammates went on to describe their greatest memory of him, which was in a team talent show where he wrote and performed his own song. When on the team, Jones was welcomed with open arms and support from the team members.

Jones’ father, Chris Jones, visited his son in October 2022 and was told that Jones Jr. was being bullied. However, Jones, Senior. stated that he did not know what the root of the problem was. When asked about the visit, Jones, Sr. told WTVR that his son seemed to appear paranoid. When further questioned why Jones, Jr. was behaving in the manner that he was, Jones Sr. didn’t have an answer. Additionally, it is suspected that two out of the three deceased football players might have picked on Jones, Jr. However these players were described by Jack Hamilton, a UVA professor, to be cheerful and respectful towards anyone (athletes or not) and well-liked by fellow students.

Across the country, football teams have been honoring the deceased players. The Washington Commanders have created three decals of the numbers 1,15, and 41 to honor the victims, and the University of Arizona has painted the football yard lines 1,15, and 41 in UVA’s colors in tribute. In addition, Liberty University and Virginia Polytechnic Institute and State University have opted to wear orange and blue uniforms as a way of commemoration. In the NFL, UVA graduate Rodney Mcleod wore custom cleats during warmups with the Indianapolis Colts that had the phrases “Virginia Strong” and “Those we love don’t go away.”

What happened to these three young men was devastating, and we all continue to hope that incidents like these will never take place again. However, time has shown that this may not be the case. America is divided, and it is unfortunate that frequent tragedies are what end up bringing people together.