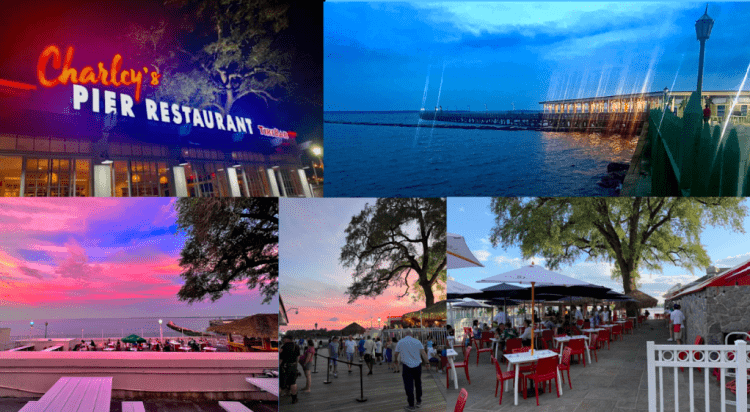 Going into high school, opportunities present themselves for every student. One of these opportunities is obtaining a job, whether it be seasonal or part-time. Yes, even freshmen can begin to acquire a job as long as they are 14 and can obtain working papers. Most students think that having a job in the school year can be difficult to balance, so young adults go job hunting when summer arrives.

One particular industry that is typically open to hire students from the age of 14 is the restaurant business. As a matter of fact, this past summer, 11 students from PCHS worked at Charley’s Pier Restaurant & Tiki Bar, located in Rye, Playland. This restaurant is known for their seafood, firework shows every Friday, tiki bar area, and the unforgettable view of Long Island sound. Charley’s is the place to visit when you want to have a party, go out to eat with friends, sip delicious drinks such as a pina colada, and listen to live music or the DJ who blasts top hits such as Bad Bunny’s music. While working at a restaurant imposes negative effects, such as working long hours, or being sleep deprived, it also reaps positive experiences and skills many of these students have acquired.

As this was the last summer of Charley’s being open for everyone, it brings up an emotional feeling as Charley’s has been open for about 30 years with its lasting traditions.We decided to interview four PCHS students about their experience working at a restaurant like Charley’s.

Scott S, a sophomore who worked as a food runner at Charley’s this summer claims his time there was, “…interesting as I learned to be able to work with different people.” In a workplace there are many positions for example waiters,cooks,bussers,etc. One position can affect the other, which is why working in a restaurant it’s important to work together with all sorts of people and find some common ground when it gets difficult at times. He continued to add saying, “Graham was funny though,” as he enjoyed working with his fellow workers even when they had different positions at the time.

This is most likely what one might not expect because in a restaurant it’s all about pleasing the customers and making sure the food goes to the right tables. In Charley’s the same idea occurs, yet there are breaks in order to enjoy the food provided thanks to the generous staff in the kitchen that’s willing to prepare the food choice an employee wants.

Juan S., a junior, who worked as a dishwasher this summer, claims that his favorite memory there was, “ …being able to see the boats and docking area on a late night after work with other coworkers I became friends with.”

Experiences such as these show that working in a restaurant isn’t just a job,it’s the chance to meet new friends and form a new bond outside of work.

Lastly Karen G, a junior, was a busser who had worked there since she was 14 years old. She explains, “This job pushed me to socialize and learn new things from people of all ages and backgrounds. It even allowed me to make a few friends that I continue to converse with today.”

Working at a restaurant has its challenges but also positive and worthwhile experiences. Farewell, Charley’s Pier.