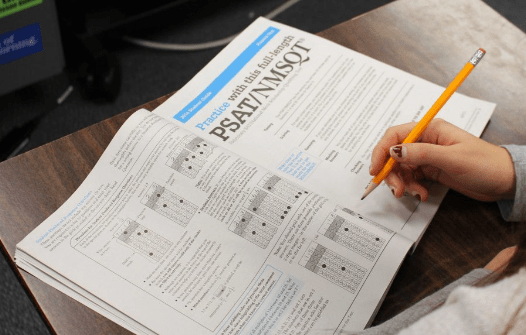 On October 15, half- asleep sophomores and heavily caffeinated juniors converged upon PCHS to take PSAT’s once more. In recent years, the effect test scores have on an individual’s acceptance into college and or university has been changing, especially as many schools are starting to become test optional. The question many students seem to be asking themselves and their peers is – are the PSAT’s really worth taking?

Personally, I’ve never liked tests. However, I also believe that test-taking is an important skill to have regardless. Even though many schools are becoming test optional, it is unlikely that by the time the class of 2024 graduates, the college application process will completely eliminate SAT’s and other required test scores.

I took PSAT’s as a sophomore, as did many of my friends and classmates. The test itself was not impossible to complete, but the math section was a bit challenging since it included a considerable number of Algebra II problems. By the time they take the SAT, most Sophomores have only taken Algebra I and Geometry, unless they are math honors students. The reading and written sections were easier, but the main thing I struggled with was completing each section in a timely manner, which just takes practice.

When early October came around again this year, I was surprised to hear that quite a few were choosing to not take the test a second time. I was, and still am, nervous for the SAT’s and see no harm in taking PSAT’s a second time even if it is just to practice important test skills. This year’s test went better than last years, especially since I am now taking Algebra II and was able to understand and work through a majority of the problems. Once again, the thing I struggled with the most was not the material, but the timeliness in which I worked through each section.

Each student learns differently; some work well with a traditional style of teaching, others may work more efficiently with a more visual or auditory style. I have friends who have never needed to crack open a textbook and still manage to get A’s, while I have to spend a fair chunk of time making flashcards and reviewing concepts before I get an A or sometimes a B. At a certain point, however, I don’t think it matters how differently we all learn or retain information; the test scores we receive are still the end-all be-all. Until this changes in the future, test preparation and test-taking skills will still be of a high importance to colleges, as well as the students who want to get into them.