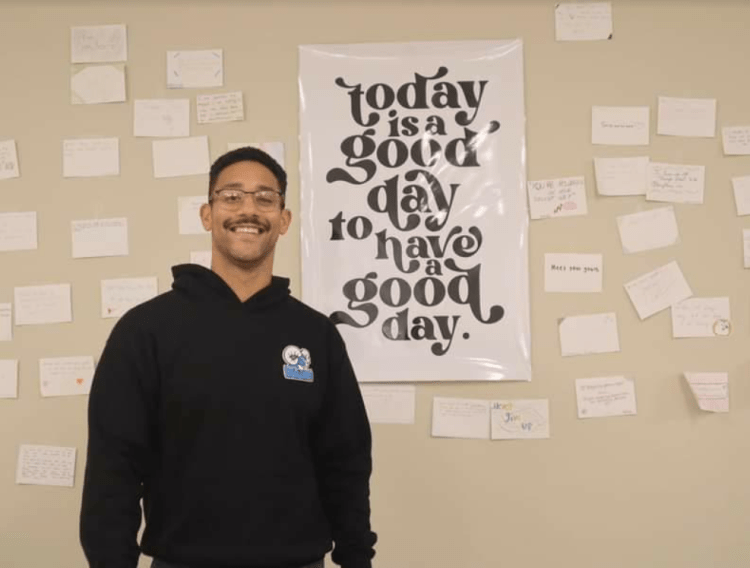 Sociology: the study of society’s mind. What can we learn from it? This is a question Mr. Kravitz had when approaching the way he educates. As he taught about Jim Crow Laws and segregation, he found that the conversation was never as long as it needed to be. There was more he felt should be expanded on. Bound by the Regents curriculum and Regents preparation, he considered the idea of a course that allowed the classroom conversation to touch on social issues in depth.

His idea of a sociology course at PCHS was not destined to be just a shower thought. As he was faced with the repercussions of social media upon his students, he was driven to develop the course. The more he talked about the effects of herd mentality, the more he knew that there must be a better way to approach these topics.

The sociology curriculum wasn’t something that Mr. Kravitz had handed to him. He had no script to follow like he did for his history classes. The curriculum was made entirely by him, so there was a lot of pressure to get things right. But this also meant that he had the freedom to address topics he cared about and to allow students to give feedback on how to help the class improve and evolve.

Last year was the first time he taught the class. Those students were the “O.G. Guinea Pigs” as Mr. Kravitz puts it. While he took a risk with his straightforward way of teaching, it definitely paid off. The class was a huge success, and by the time of the social media unit took place, Mr. Kravitz’s sociology course had taken the school by storm.

So, what is the social media unit? For those who haven’t heard, Mr. Kravitz assigned his students to stay off their social media for an entire week. He checks students’ screen time on their phones as they’d come into class and grade them on their ability to stray away from social media. As one could imagine, the reception of this was not entirely positive. It evoked an uproar of complaints and some students went as far as to consider it a breach of the boundary between a student’s school life and normal life. But for the ones who went through with it, the unit was a life-altering experience.

Kravitz didn’t jump the gun and demand his students delete social media; that wouldn’t do any good. He needed a way to show his students the detrimental effects of social media, and he took to the popular Netflix show Black Mirror to do so. Black Mirror, being incredibly popular, allowed Mr. Kravitz to incorporate current media into his lessons in a fun yet educational way. He presented the class with the infamous “Nosedive” episode, where the characters are set in a not-so distant future where they are rated based on how they portray themselves through social media. The episode opened his students’ eyes to how dangerous social media can be.

“I use social media all day, every day,” shared Jonathan Rodriguez, a current senior at PCHS. He stated that he had around 5 hours and 30 minutes of daily social media time. After the unit, although his social media usage went down by an hour, it still takes up a decent chunk of his total screen time, showing how difficult the habit is to break. But any progress is good progress.

Caroline Policarpo, a current senior, also shared that the class really opened her eyes. While her social media usage hadn’t wavered much, she is now much more conscious when scrolling on these apps: “I don’t just sit there and mindlessly scroll, I’m aware of what I’m consuming and how dangerous it can be.”

Mr. Kravitz is not pushing for students to never use social media. He is aware that it is an integral part of society and even said that it has some benefits. But it is evident that the pros do not outweigh the cons, and he wants students to know what they’re getting themselves into every time they open Instagram. A student’s first reaction right after class ends is to go on their phone and check their notifications, losing the benefit of face to face interactions. He wants students to talk to their neighbors or just reflect on what they’re taught. Mr. Kravitz claims, “You aren’t using social media, it’s using you.”

If Mr. Kravitz’s Sociology class can be this life and mind-altering for its students, then we at the Port Light hope the class is here to stay.