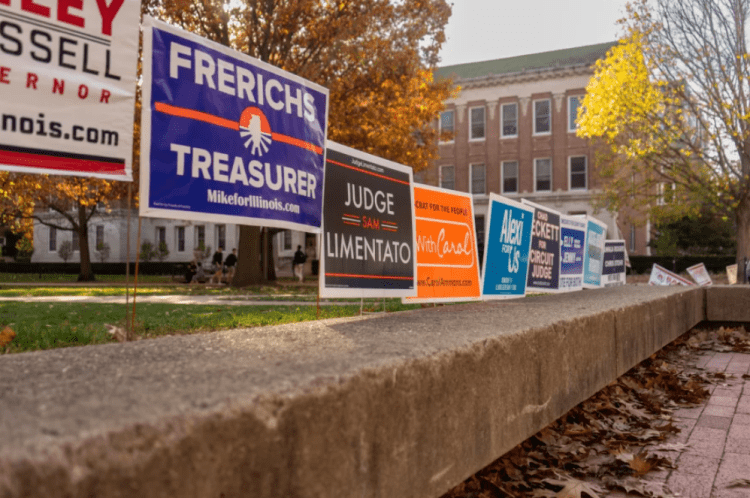 Tensions have been on the rise for the past month, with both political parties waiting anxiously for the results of the midterm elections. With the threat of inflation and rising crime rates, Republicans hope to grab enough House and Senate seats to gain the majority and control Congress. Democrats, fearing the implications if Republicans gain majority, appeal to their voters with abortion rights and the protection of democracy, in particular, voting rights. Both pressed important issues in their campaigns, hoping to encourage eligible voters to vote on the local, state, and national level for their representatives.

Rarely in American history have there been such high stakes about the midterm elections along with implications for the trajectory of America as a whole.

As Tuesday the 8th approached, pollsters expected a Red Wave, just like the one seen in the midterms of former President Barack Obama’s first term. At that time, although the Democrats were able to stay in control of the Senate, the Republicans net gained a whopping 63 seats in the House of Representatives. Pollsters attributed that response to the Affordable Care Act and the poor recovery from the Great Recession of 2008. With the threat of another recession on hand and President Biden’s loan forgiveness plan, pollsters were prepared to see history repeat itself. However, as the results came in, Democrats were able to breathe a sigh of relief as another Red Wave failed to occur.

Currently, the House of Representatives is leaning in favor of the Republicans, but only with a net gain of 5 seats in comparison to 2010’s net gain of 63 seats.  This year, Republican’s placed their hope onto one vital state: Pennsylvania.

Pennsylvania’s former Senator, Republican Pat Toomey, retired, and the seat was up for grabs. The two main contenders were Republican Doctor Mehmet Oz and Democrat John Fetterman. Mehmet Oz, who recently moved into the state, was endorsed by former President Donald Trump, and went up against John Fetterman, long-time resident of PA and governor of the Braddock borough of Pittsburgh, who suffered a stroke in May. Democrats believed they would lose the seat, as public opinion seemed to be siding with Oz during the Fetterman-Oz Debate. However, Fetterman beat Oz with 50.1% of the vote compared to the 47% that Oz received. Although many were initially worried that Fetterman would be unable to perform his duties efficiently after the stroke, pollsters from the New York Times inferred that people put their trust in a longstanding working class Pennsylvanian rather than a rich person who seemingly arrived due to opportunism when an older senator retired. Fetterman received about 200,000 more votes than Oz and the Republicans lost one seat in the Senate while the Democrats gained one.

Some other important states in the Senate race were Arizona, Georgia, Nevada, and Wisconsin. Wisconsin went Republican as Republican Ron Johnson beat the Democratic nominee by 7,000 votes. Arizona’s decision leaned blue as Democratic Mark Kelly received 51.8% of the vote. Although Nevada was looking strong for Republican voters as Republican Laxalt was leading in polls, Cortez Masto pulled in a surprise victory when she pulled in 6,000 more voters than Laxalt. Now, the Democrats have 50 seats and the Republicans have 49. The last state to be on the lookout for is Georgia. If Georgia goes blue, the Democrats will maintain control of the Senate. If Georgia goes red, then Vice President Kamala Harris will have the tie-breaking vote.

Georgia is one of the only two states that have a runoff election if in the first election no one candidate gets over 50% of the votes. A runoff election is a secondary election in which the top two candidates from the first election compete in a one-day vote to get a majority. The top two candidates from the first round will compete on December 6th, and whichever candidate gets more votes on that day will be elected Senator. In this case, the Democratic nominee is politician and pastor Raphael Warnock, and the Republican nominee is former Heisman Trophy winner Herschel Walker. As of the general election, Raphael Warnock finished barely in the lead with 49.4% with Herschel Walker narrowly behind at 48.5%. Warnock received about 35,000 more votes than Walker did, but not enough to get Georgia’s majority.

As Midterm Elections come to a close, it isn’t possible to see the future yet. States are still counting their House of Representatives nominations, and no one party has received the 218 seat for majority yet. The Senate race remains even closer. The future of 2023 Congress has not been decided yet, and only time and patience will tell of the outcome for both the House and Senate.

The Port Light will provide an update with final results and their implications in our next issue.