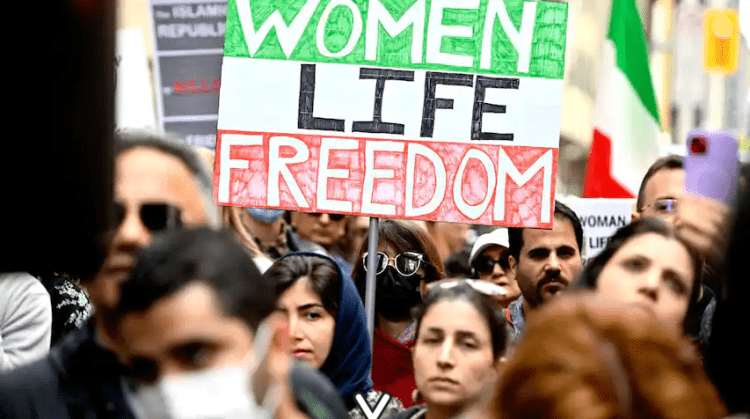 Equality between men and women has been an issue for centuries. Over the years,  women have fought and protested for days, months, and even years just for their own freedom, rights, and protection from violence. These protests are not only occurring in the United States but are occurring all over the world. The Suffrage protest in the United States against the Shaheen Bagh and anti-CAA (Citizenship Amendment Act) protests in India are the more recent protests in Iran.

Iran has always had very strict laws called the Islamic Laws or Sharia that are based on teachings of the Quran, the Islamic Sacred book. The strictness of the laws give women no rights, no freedom, and, most importantly, no protection against violence. Women aren’t allowed to show their hair, which has to be fully covered by hijabs since it’s a rule in the Quran. On September 13th, a Kurdish-Iranian woman named Masha (Zhina) Amini was detained by Iran’s morality police for not wearing a hijab the right way. According to Time, Amini died on September 16th due to being beaten up and killed by law enforcement. Following Amini’s death were outbreaks of protests all across Iran.

Recently, Elnaz Rekabi, a 33-year-old Iranian rock climber, has gone missing. According to The Guardian, Rekabi was competing at an international tournament in Seoul, South Korea. Rekabi recently competed without wearing her hijab while rock climbing, and has become a symbol of strength and power to many people. Rekabi later mentioned on her Instagram account that her hijab fell off by mistake during her competition and that she didn’t do it on purpose, but the statement had already been made. Many supporters in the protests for Amini have described Rekabi as a “hero.” Rekabi is another woman who has made a big influence on Iranian women to be fighting for their rights. Many people believe that Rekabi’s disappearance was caused by the Iranian government because of what had happened to Amini but that the government has denied all rumors. Even so, no one seems to know her whereabouts.

Time stated that Iranian women have been burning their hijabs and publicly cutting their hair to stand up for Amini. As seen during the Black Lives Matter movement in 2020, there has been police violence. Penn Today stated that there have been arrests, beating, and killings of at least 40 people in these protests. Men and women all around the world have come together to fight for Amini’s justice and for women’s rights. According to NPR, people are wearing the colors of the Iran flag and chanting Amini’s name in the United States. In Europe, people are showing their support by protesting on the streets as well.

Amini’s death had sparked a significant step for women fighting for their political freedom. It’s time for the world to listen to Iranian women’s voices.