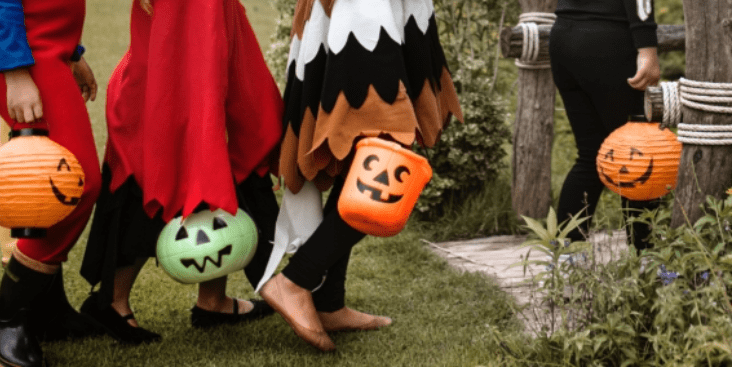 Halloween is a very popular holiday celebrated in the U.S. However, its origins aren’t from America, but in fact Europe.

Before it became Halloween, it was called Samhain, a festival that took place between October 31st and November 1st. The Celts, a group of people who lived in the present-day nations of Ireland, France, and the United Kingdom, would celebrate their new year on the first of November, signaling the beginning of the chilly winter and the end of summer. According to legend, the night before, new year ghosts would also return to Earth and were welcomed to Earth with bonfires. Evil fairies and gods would also be able to come to Earth and cause problems like damaging crops. To prevent the evil gods and fairies from causing mischief people would dress up in costumes to scare the spirits off. The spooky holiday of Halloween can often be seen around the world with different and unique cultural celebrations like was originally seen in Samhain. Countries like Ireland, Portugal, Austria, and Belgium celebrate this holiday differently.

Austria,in particular, is not accustomed to dressing up and trick-or-treating. Instead, Austrians celebrate Allerseelen, which translates to All Souls Day. Catholic Austrians typically celebrate this holiday from October 31st to November 8th. This holiday is celebrated to commemorate the death of a loved one, similar to El Dia De Los Muertos (Day Of The Dead), which is a Mexican holiday. They celebrate this holiday by decorating the graves of their loved ones with family and friends while also attending special masses.

Belgium, on the other hand, is interesting in that their traditions are a blend of what is seen in the United States and what is seen in Mexico. The younger generations in Belgium hold huge parties and festivals for the Halloween celebration. At these festivals and parties, people dress up in scary costumes. Older Belgians tend to dedicate the holiday to visiting their dead loved ones and lighting candles for them.

In some countries, sweet treats aren’t all that common. In some parts of Portugal, when children go trick-or-treating, they’re given bread instead of candies. Sometimes children also receive cakes, fruit biscuits, and chestnuts. Some traditions that Americans are most familiar with, such as pumpkin carving, are also enjoyed in Portugal. Similarly to Celtic traditions, the Portuguese celebrate All Saints Day on November 1st, where the Portuguese gather with friends and family to honor the loved ones who have passed.

The original jack-o-lantern was actually a turnip. Yup! Centuries ago, in Ireland, instead of pumpkins being carved and made into Jack-O-Lanterns, turnips were used instead. They would be hollowed out so that they would be able to walk home while still having the fire burning. Before leaving for the night of Halloween, people eat a traditional food called “Colcannon,”  a dinner that includes boiled potatoes, curly kale, and raw onions.

Even though many countries have different traditions, many still have similarities when it comes to celebrating Halloween. All around the world, Halloween celebrations see little kids dressing up in their favorite costumes, going trick-or-treating, and celebrating the classical festivities.