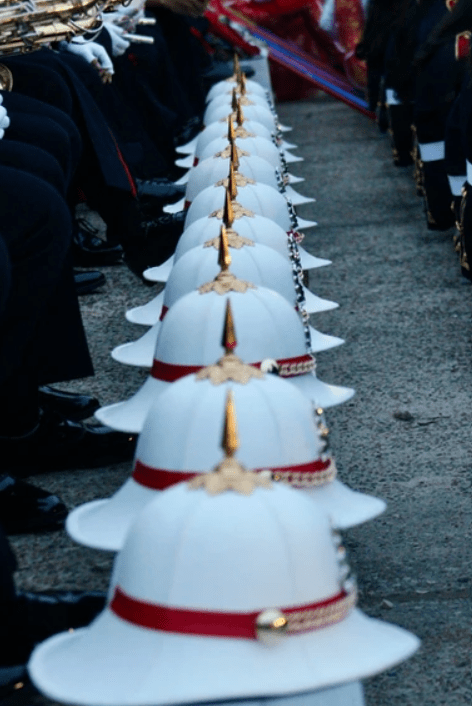 The Pride of Port Chester added two victories to their 2022 marching season. Winning first place at both Trumbull and Ramsey High Schools. Though both competitions fielded no competitors, the band was still able to improve their scores from each of the previous week’s performances.

Port Chester received a score of 79.1 at their Trumbull, Connecticut show on Saturday, September 24. The band jumped an impressive 7 points from the 72.2 received at the first competition, a week prior. The Pride of PC performed right before an intermission which allowed members to catch the final performances before the awards ceremony began.

Trumbull also held a quick remembrance and celebration for Mr. Horton, being the school he directed at for over thirty years before coming over to PC.

Week three of the band’s season saw an additional performance at the Friday night football game. This included a performance of the National Anthem as well as their field show for halftime. The band also played pep tunes such as; “The Avengers” from The Avengers and “Gonna Fly Now” from Rocky. These, among others, were performed during breaks in play with the school’s Alma Mater ringing out after PC touchdowns.

The next day started off with a rainy practice at King Street School. The heavier rain mostly held out until the band joined together for full ensemble and really picked up when the band began doing run-throughs. Woodwind players, whose instruments are highly affected by water, had to put them inside early and were unable to play for the remainder of the practice. They ended up marching without instruments, leaving it up to the brass to play music. Mr. Miceli ultimately decided to end early, giving the instruments time to dry and band more time for lunch before boarding the buses to Ramsey.

Additionally, the band had to warm up in light rain, though it luckily stopped before showtime. Though the band had to contend with the weather for a majority of the day, they left the field with the highest score out of all performers, an 80.8.

However, they were not home free yet. If the rain wasn’t enough, one of the bus’ engines refused to start. This left the entire band stuck for almost an hour before finally getting on the road. The wait wasn’t too bad as senior pit member Elia Mateus explains the hosting school “had free food.” People working the concession stands began giving out unsold foods including bags of chips and mac and cheese. Once the engine finally started, the band had a rather uneventful ride home, arriving at King Street a full hour after the expected time.

The Ramsey competition also signified the band reaching the halfway point in their season. With the more important competitions remaining, such as regional and national championships, the Pride of Port Chester is racing forwards, hoping to retain their title as National Champions.