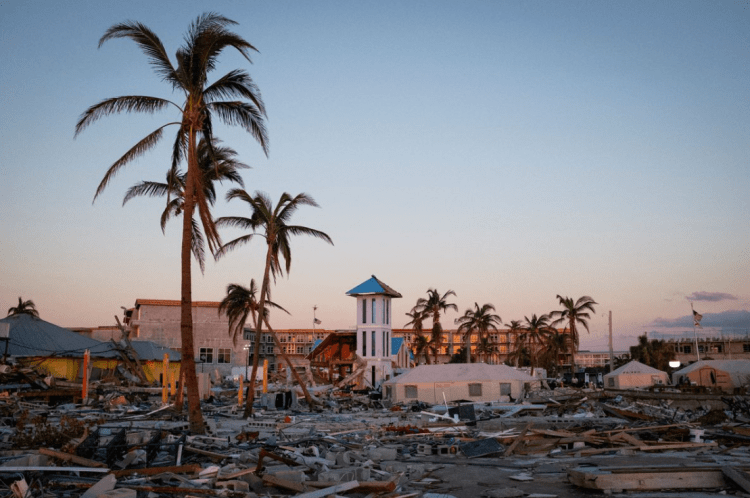 Hurricane Ian recently made landfall as one of the most powerful storms ever recorded to hit the United States. This hurricane made its way from the Caribbean to Florida. On September 23, the storm reached winds as high as 105 mph, making it a Category 2 storm. It traveled northwestward at a speed of 115mph on September 26 in the Southern Gulf of Mexico, falling into Category 3. According to the National Environmental Satellite Data and Information Service (NESDIS), this was the most powerful hurricane that took place in September and the Gulf of Mexico since Hurricane Iman in 2017. On Sept. 28, a Category 4 hurricane with 155 mph winds made landfall near Cayo Costa, Florida. It was close to a Category 5 storm with winds reaching 157 mph.

On September 29, Ian dropped down to a tropical storm. According to NEDIS, the area north of Ian’s eye made landfall and received more than 15-17 inches of rain. On September 30, Ian weakened to a Category 1 storm and made landfall again in South Carolina. Finally, on October 1, the storm vanished over southern Virginia. According to ABC News, 1.05 million people lost power and at least 76 people died due to the hurricane. CNN has reported that crews in Florida are going door to door in search of survivors so the statistics are likely to change.

Now that the hurricane has finally come to a stop, places affected have already started initiating programs to help reduce the damage done by the storm. The World Vision, for example, is an emergency response organization that provides aid and supplies whenever a dangerous storm occurs. Ten truckloads of emergency aid are being sent to Florida and South Carolina from their warehouses in Texas, Washington State, and West Virginia. They also intend to send 600 boxes of fresh fruit and vegetables to all of the families who were affected.

President Biden visited Fort Myers, Florida, on October 5. He and his wife met with locals and small business owners who had been impacted. Biden had been in contact with the Federal Emergency Management Agency Administrator (FEMA), the Governor of Florida, and local officials before the hurricane to ensure that needs were met. According to the White House, Biden has issued an Expedited Major Disaster Declaration for Florida. Individual assistance, debris removal, and federal assistance are all aided by this. FEMA registered a large number of households and pushed for tens of millions of dollars in individual assistance for impacted families.