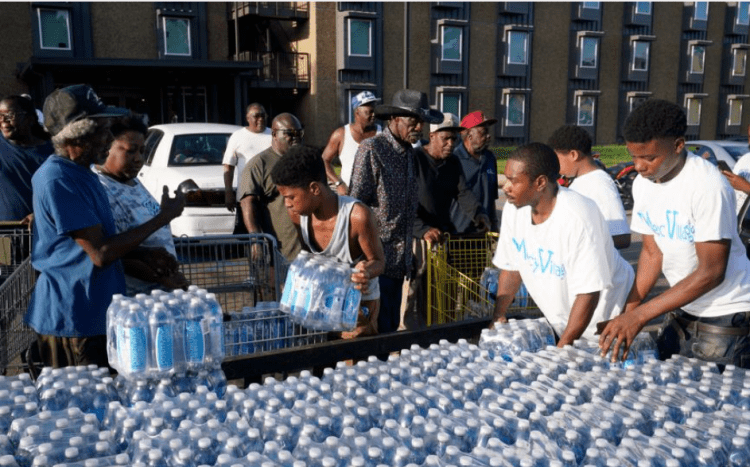 Heavy rains in Jackson, Mississippi caused flooding along the Pearl River Watershed. The Pearl River was predicted to rise above the major flood stage of 36 feet, but fell just below at 35.37 feet. This difference helped prevent large evacuations and major damages, which was expected.

However, CNN reports that this flooding damaged one of the water plants causing a water crisis in Jackson.

Even though water pressure was restored in Jackson on September 5, many residents had to boil the water before using it since it could have contained “disease-causing organisms,” as stated by CNN. This situation lasted until Sept. 15. Residents were able to drink water in their homes without having to boil it after that day. The state distributed 12 million bottles of water in the absence of drinking water.

According to USA Today, Jackson faced water problems that they weren’t able to financially afford to fix. The city’s population is more than 80 percent Black with the majority of its residents living in poverty. With a vulnerable water system, the city’s more likely to be affected by extreme weather events like floods. Like other natural disasters, climate change always tends to disproportionately affect people of color and low-income families. Jackson is one example of how climate change is impacting the water infrastructure across the United States and in other parts of the whole world.

ABC News has reported, “Jackson, Mississippi, is not the first U.S. city to have a water crisis – nor is it likely to be the last…Many of the cities or regions experiencing poor water access or conditions are in predominantly Black or Hispanic communities, according to data from the U.S. Census Bureau.”

“The situation in Jackson is a cautionary tale, but the reality is that in 2022, communities across our country will have experienced severe flooding as well as drought,” says Mami Hara, the CEO of US Water Alliance. Hara blames climate change for issues like these. For instance, Hoover Dam on Lake Mead in Clark County, Nevada had lost almost 79 feet in height in 22 years. This lake provides water across seven states, northern Mexico, and tribal lands.  “Data from the US space agency explains that 74 percent of the nine western states face some level of drought. For example, 83 percent of the state of Colorado is currently in drought.”

A report issued by Big Deep has found that more than 2.2 million Americans live without running water, basic indoor plumbing, and many more without sanitation as well. This situation is worrisome for everyone but mostly Native Americans with 58 out of 1,000 households lacking plumbing, compared to three in 1000 white households.

Many floods and droughts have been devastating various water systems in the United States but with all the threats of climate change, experts think that this is just the beginning for many places like Jackson.