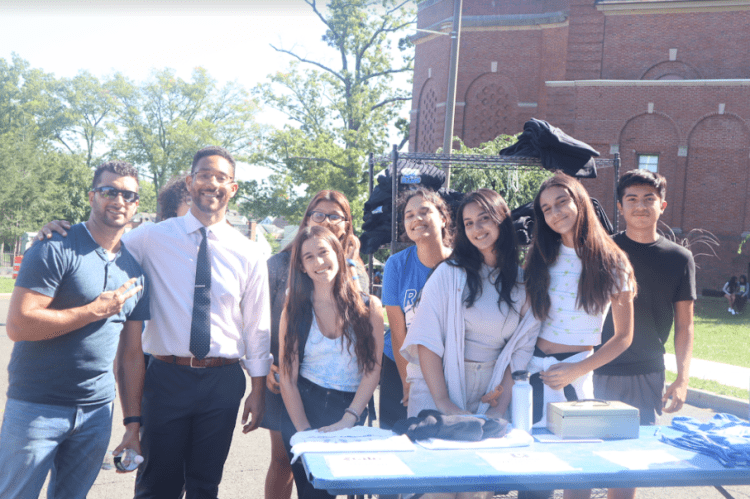 Everyone has had that one teacher who immediately captivates their attention and respect. However, can even a teacher like that change the way a student experiences a class?

PCHS senior Caelyn Matturo reminisces on a time where their math teacher had helped them when they were struggling in the class. They had come to their math teacher, Mr. DiNome, expecting to have to deliver a sob story for extra time to make up work, but he understood immediately. “I started bawling my eyes out, I remember saying stuff like how I think I’m a failure,” she shares. They were going through a particularly rough patch and this was a breath of fresh air in the miasma that shrouded her life. His kindness is what eventually helped Caelyn pass math that year.

Although this happened freshman year, Caelyn still thinks about that moment and considers him one of the best teachers she has ever had. They remarked that the impact he had on them was only because they were the one to open up, and that trying to force this process will never work. They do believe that every teacher has the ability to change how their student’s view the class.

A teacher’s perspective was necessary to truly understand this potential change of opinion, and there is no other teacher better suited for this than Mr. Kravitz, one of PCHS’ most beloved educators. Mr. Kravitz agreed with the sentiment that a teacher can change the way students view a subject, but his view on the subject was much more complicated than that of Caelyn’s. He stated that if the relationship between student and teacher is fundamentally negative, then there will be no buy in from the students. He aims to achieve a relationship where students can come to him and explain the situation, then in turn he offers empathy, advice, and time.

When we began to discuss whether the impact teachers can have is positive or negative, he simply stated that he hopes students walk out his classroom with something that they didn’t come in with,  whether this be newfound knowledge, a new sense of self, or emotional reliance. Most students do not even acknowledge the fact that an impact was made, but in Mr. Kravitz’s eyes he made an impact as long as his students are learning.

“Teaching is people,” Mr. Kravitz says, as he claims that every teacher has a certain set of skills. Just because teachers do not always craft deep emotional bonds with students, does not make them any less of an educator.

Mr. Kravitz is confident in the fact that he’s made an impact despite his lack of willingness to take credit. After all, as Mr. Kravitz says, “A teacher can change the trajectory of a kid’s life; it could be one conversation that changes how a kid looks at an assignment or their life.”