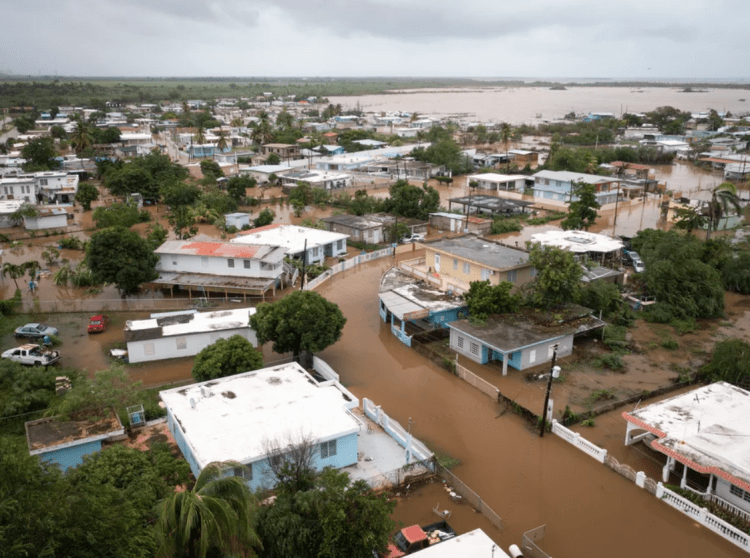 Sept. 20, 2022 marked the five year anniversary of Hurricane Maria. On Sept. 18, just two days before, the island of Puerto Rico once again got hit by another devastating hurricane. Hurricane Fiona hit the Southern and Central parts of the island, bringing 12-20 inches of rain on the first day. Additional flooding brought the total up to 30 inches of rain in some areas.

Though there was a lot of rain, there was not as much wind as Hurricane Maria brought. Hurricane Maria was categorized as a Category Four hurricane and brought 155mph winds to Puerto Rico, along with an official death toll of about three thousand. Maria single handedly brought 3.4 million people into a humanitarian crisis as it destroyed the power grid, water lines, 80 percent of crops, and drove 130 thousand Puerto Ricans to leave the island.

Hurricane Fiona had winds that were only up to 115mph and a significantly lower death toll than Maria, with four casualties. In all aspects, Hurricane Fiona was less disastrous than Maria. The government had five years to improve Puerto Rico’s infrastructure to prevent the power outage caused by Maria from happening again. So why is it that a week after Fiona, there are still 1.2 million people without power and half a million without water?

The reasons? A neglectful government and the privatization of the electrical grid. After Hurricane Maria, where it took almost 11 months to fully reactivate the power grid, the U.S. government decided to make changes to improve Puerto Rico’s electrical grid. FEMA awarded almost two billion dollars to put into fixing the electrical lines. However, according to Sergio Marxuach, the public policy director at the Center for a New Economy, not much of that money has been used to permanently strengthen Puerto Rico’s electrical grid, mostly due to bureaucratic disputes on both the local and federal level.

Along with that, in June 2021, the public electoral company, PREPA, the Puerto Rico Electric Power Authority, signed a deal with a private, consortium, electrical company called LUMA Energy. Ever since LUMA was implemented into the Puerto Rico Grid, many customers expressed increased frustration and dissatisfaction, as LUMA seemed to act counterintuitive to their promises. Blackouts increased to twice a week, last longer than before, and Puerto Ricans now pay some of the highest electoral bills in all of the U.S. Protesters in San Juan took to the streets on Aug. 31 crying “Fuera LUMA!” demanding that PREPA take back control of the electrical grid and move towards sustainable energy. The protest wasn’t successful and ended with a police officer dragging a 16 year old by his legs after the kid jumped the barricade.

The evening after the storm first hit, LUMA reported having restored electricity to nearly 200 thousand homes out of 1.5 million users, that is about 13 percent. However, on Thursday, three days after that report, it was reported that over 65 percent of users still didn’t have energy. A week after the initial hit, 928,000 are still without power.

Almost three thousand people died in Hurricane Maria, not from the storm, but during the disastrous recovery operation. The government seemed to be taking the initiative to prevent a disaster like this from reoccurring by allocating government funds and helping to privatize the electrical grid. However, with the lack of progress demonstrated, especially with the little action LUMA has shown in the aftermath of Hurricane Fiona, all one can do is wonder when Puerto Ricans will fully get their power back and start recovering. Beyond that, when will the government start putting the needs of the people above those of private companies? Without major reforms to the electrical grid and national government’s priorities, even once the power is restored, Puerto Ricans will still be powerless.